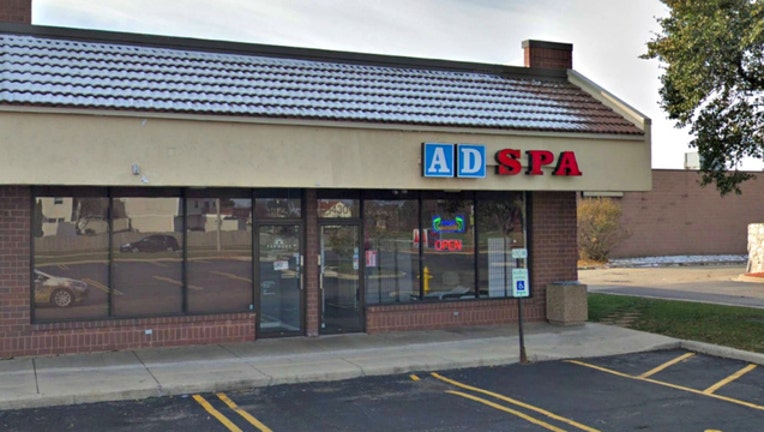 CAROL STREAM (Sun-Times Media Wire) - A Carol Stream massage parlor was ordered closed Monday after prostitution charges were filed against one of its employees in the western suburb.

AD Spa has seven days to vacate its location at 1430 W. Army Trail Rd. after it was one of two parlors charged with violating the city’s “massage establishment ordinance,” which is meant to keep parlors operating lawfully, Carol Stream Police Sergeant Don Cummings said in a statement.

The investigation led to prostitution-related charges against one employee at each business, Cummings said.

The spa owners met with Carol Stream Mayor Frank Saverino in city hall on Monday to adjudicate the ordinance violations.

AD Spa pleaded liable to 13 violations, Cummings said. Saverino passed a ruling to strip AD Spa of its massage business license in light of the charges and history of violations at the location, according to Cummings.

Luna Spa pleaded liable to nine ordinance violations, Cummings said. Because the at-fault parties already sold ownership, the business was fined $2,000 instead of being stripped of its business license.