The life and legacy of Queen Elizabeth II

LONDON - Queen Elizabeth II, the longest-reigning monarch in British history, has died after 70 years on the throne. She was 96.

Buckingham Palace announced the queen’s death in a statement, writing that Elizabeth "died peacefully" on Thursday afternoon at Balmoral Castle, which had been her summer residence in Scotland.

Her 73-year-old son Prince Charles automatically becomes king, though the coronation might not take place for months. Royal officials said Britain's new monarch will be known as King Charles III.

The BBC played the national anthem, "God Save the Queen," over a portrait of her in full regalia as her death was announced, and the flag over Buckingham Palace was lowered to half-staff as the second Elizabethan age came to a close. 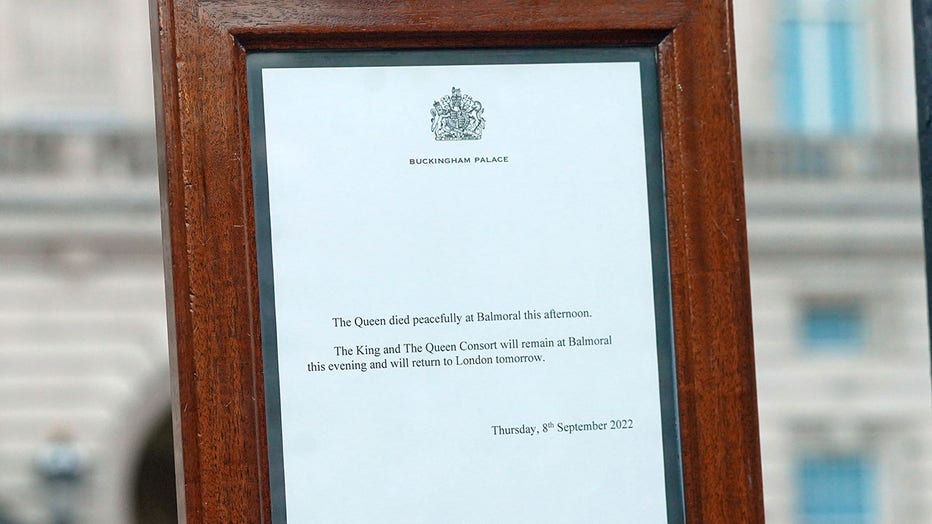 A notice is posted by members of royal household staff on the gates of the Buckingham Palace announcing the death of Queen Elizabeth II in Balmoral, on September 8, 2022 in London, England. (Photo Victoria Jones - WPA Pool/Getty Images)

RELATED: What happens when the queen dies? All about Prince Charles’ succession, accession and coronation

The new king also shared a statement, writing that his mother’s death was "a moment of the greatest sadness for me and all members of my family."

"We mourn profoundly the passing of a cherished Sovereign and a much-loved Mother," the statement added. "I know her loss will be deeply felt throughout the country, the Realms and the Commonwealth, and by countless people around the world."

Crowd sings 'God Save the Queen' outside Buckingham Palace

Hundreds of people flocked to Buckingham Palace on Thursday evening, September 8, after the Royal Family announced the death of Queen Elizabeth II. Footage taken by Tomas Petrus captures a crowd singing ‘God Save the Queen’ as it rained on Thursday night outside Buckingham Palace.

Earlier Thursday, the palace had announced that Elizabeth had been placed under medical supervision at Balmoral after doctors became "concerned" for her health.

Queen Elizabeth II's reign was marked by a period of immense transition for the British Commonwealth, formerly known as the British Empire, as Britain modernized and many of its former colonies achieved independence.

She was faced with the challenge of preserving tradition while simultaneously responding to a rapidly changing world, and remained a beloved figure to her people through it all.

News of her death was sure to send shock waves around the world, as the monarch served as a constant, stabilizing force throughout her reign — and most people alive today don’t know a world without her in it. 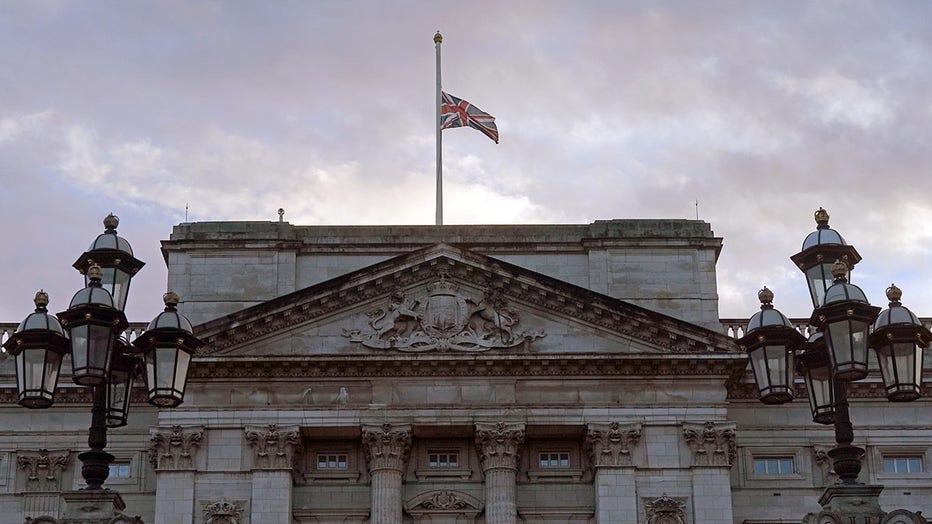 President Joe Biden said the queen "was more than a monarch. She defined an era."

"Today, the thoughts and prayers of people all across the United States are with the people of the United Kingdom and the Commonwealth in their grief," a statement from the White House read. "Her legacy will loom large in the pages of British history, and in the story of our world." 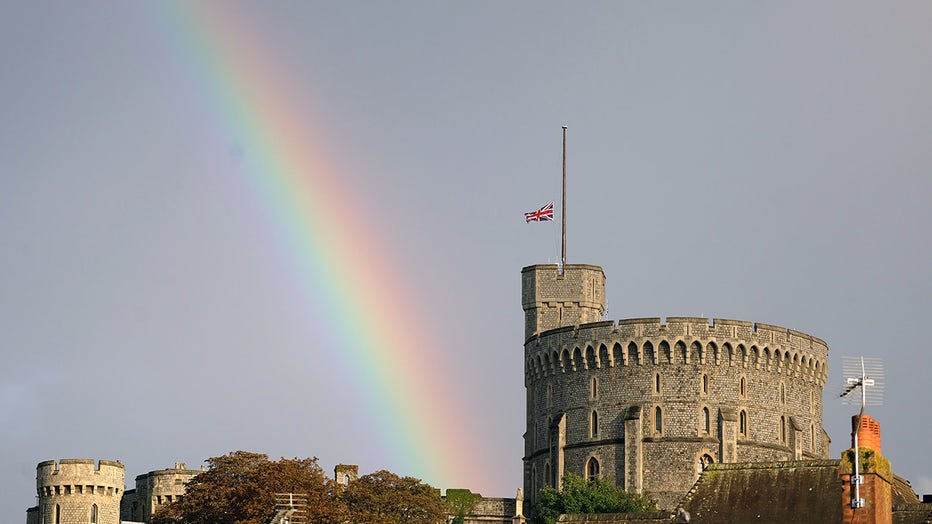 The Union flag is lowered on Windsor Castle as a rainbow covers the sky on September 08, 2022 in Windsor, England. (Photo by Chris Jackson/Getty Images)

Before she became queen

Elizabeth Alexandra Mary Windsor was born on April 21, 1926, to Lady Elizabeth Bowes-Lyon and Prince Albert, Duke of York. Prince Albert would not have become king had his older brother, Edward VIII, not abdicated the throne on Dec. 11, 1936. After her father's coronation, Elizabeth became heir presumptive at the age of 10, and her place in the royal family shifted dramatically.

When London came under siege during WWII and Buckingham Palace was rattled by German airstrikes, Princess Elizabeth and her sister Princess Mary were moved out of London for safety, first to Balmoral Castle in Scotland and ultimately to Windsor Castle about 45 minutes outside of London.

It was at Windsor Castle that Elizabeth, 14, gave the first of her famed radio transmissions on Oct. 13, 1940. During the war, it had not been unusual for children to be evacuated outside of major metropolitan areas to the countryside, and even to other countries, to escape German airstrikes. It was to these children whom Princess Elizabeth spoke directly in her BBC 'Children's Hour' broadcast, assuring them, "that in the end, all will be well; for God will care for us and give us victory and peace. And when peace comes, remember it will be for us, the children of today, to make the world of tomorrow a better and happier place," 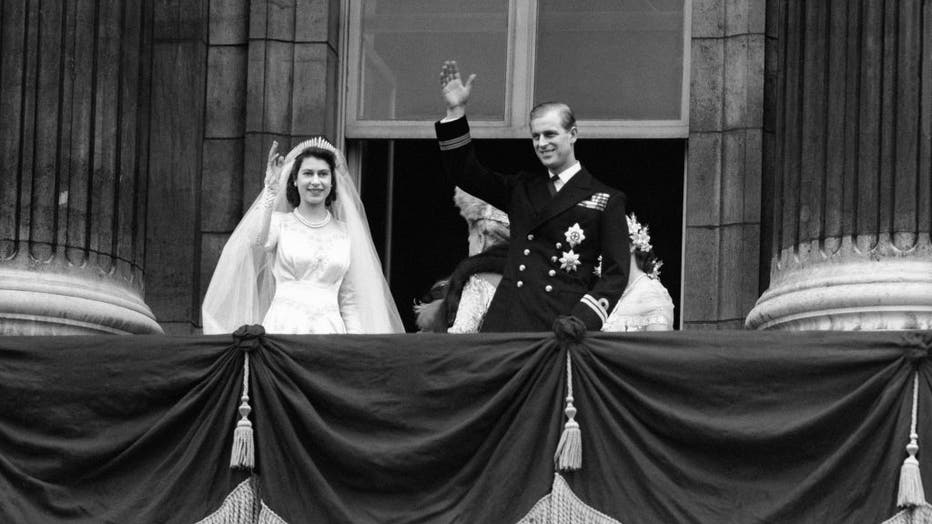 The bride, Princess Elizabeth and groom, the newly created Duke of Edinburgh on the balcony of Buckingham Palace after they were married in a ceremony at Westminster Abbey. (Photo by PA Images via Getty Images)

In 1945, Princess Elizabeth joined the Auxiliary Territorial Service of the British Army where she learned to be a mechanic and driver alongside other women who wanted to aid in the war effort. During this time, she developed a fondness for driving, which never seemed to wane. According to a memoir by Sir Sherard Cowper-Coles, a British diplomat who served as Ambassador to Saudi Arabia in 2003, Elizabeth once took then-crown Prince Abdullah of Saudi Arabia on such a wild joy ride at Balmoral Estate that he was shaking by the end of it. In 2017, she made headlines after being spotted driving her Jaguar home from church at the age of 91.

From princess to queen

At the time of her birth, Elizabeth's family did not expect she would become the queen of England at just 25 years old.

On Nov. 20, 1947, Princess Elizabeth was married to her distant cousin, Lieutenant Philip Mountbatten of the Royal Navy, formerly Prince Philip of Greece and Denmark, at Westminster Abbey. They moved into Clarence House in London and had their first child, Prince Charles, almost exactly a year after their marriage on Nov. 14, 1948. She would go on to have a daughter, Anne, and two more sons, Andrew and Edward.

Princess Elizabeth began absorbing more royal duties as her father aged and his health began to seriously decline in the summer of 1951. In October, she and Prince Philip went on a successful tour of the U.S. and Canada before returning to England for Christmas. In January 1952, they set off for an additional tour in Australia and New Zealand, but never made it. Princess Elizabeth was en route in Kenya when her father passed away on Feb. 6, and she immediately flew home upon receiving the news. Queen Elizabeth spent three months in mourning.

Her coronation was on June 2, 1953, at Westminster Abbey, though she had already held her first state opening of Parliament on Nov. 4 the year before. 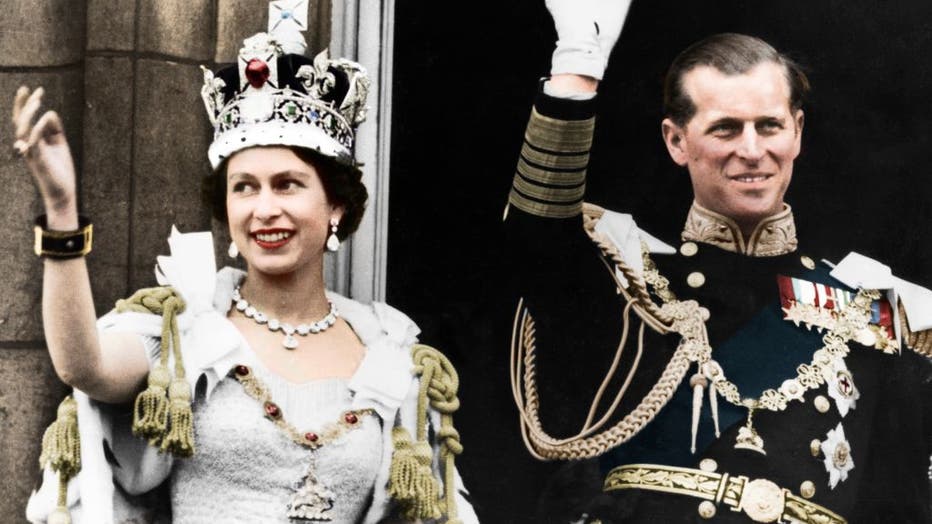 Queen Elizabeth II and the Duke of Edinburgh on the day of their coronation, Buckingham Palace, 1953. (Colorised black and white print). Artist Unknown. (Photo by The Print Collector/Getty Images)

Starting in November 1953, Queen Elizabeth and Prince Philip spent six months touring the Commonwealth territories across the globe, and in doing so, she became the first reigning British monarch to visit Australia and New Zealand.

This wasn't the only way that Queen Elizabeth II broke the norms for British royalty. In the 1970s, she allowed aspects of the royal family's then-exceptionally private domestic life to be televised. When her younger sister sought a divorce in 1978 — something that was strongly frowned upon in the royal family at that time — Elizabeth condoned it.

The queen's most troubling year came in 1992, a year she dubbed "annus horribilis." It was the year that Prince Charles separated from Princess Diana of Wales; Prince Andrew separated from his wife, Sarah, Duchess of York, amidst a cheating scandal; and Princess Anne divorced her husband. The royal family was quite literally falling apart, and to top it all off, a fire gutted Windsor Castle. As the country slid further into a recession, people began to resent the royal family for their lavish lifestyles, so Queen Elizabeth offered to pay income taxes.

RELATED: Now that the Queen has died, what happens to her corgis?

In 2021, more than a year into the global COVID-19 pandemic and in the midst of more family tension after her grandson Prince Harry stepped away from royal duties, the queen’s husband died on April 9, 2021. At 99, Prince Philip was the longest-serving royal consort in British history by more than a decade when he died. In Britain, the husband or wife of the monarch is known as the consort, a position that carries immense prestige but has no constitutional role.

Even in grief, the queen set an example by following pandemic-driven social distancing guidelines at Philip’s funeral. She sat alone inside St. George's Chapel while pallbearers carried Philip inside. Only 30 loved ones attended the slimmed-down version of the funeral Philip had helped prepare himself.

That October, the queen abruptly canceled a scheduled trip to Northern Ireland that would mark 100 years since the creation of the state. Doctors advised her not to travel for health reasons.

Later that month, she went to King Edward VII’s Hospital in London for "preliminary investigations," Buckingham Palace said. But she was back in Windsor Castle by lunchtime the following day.

On Feb. 20, the queen was diagnosed with COVID-19 but only experienced mild, cold-like symptoms, according to Buckingham Palace. The diagnosis came just a little over a week since she marked the 70th anniversary of her rule on Feb. 6.

Elizabeth did recover but had spent much of the past two years at Windsor Castle, west of London, where she took refuge during the pandemic. She kept working throughout that period, although most of her tasks were carried out virtually, including meetings with ambassadors, health workers and schoolchildren.

The monarch had expressed a "sincere wish" that Prince Charles’ wife, Camilla, should be known as "Queen Consort" when her son succeeds her as expected. With those words, Elizabeth sought to answer once and for all questions about the status of Camilla, who was initially shunned by fans of the late Princess Diana, Charles’ first wife.

"The queen is such a realist and, you know, she’s got a business to run," historian Robert Lacey said. "Well, they call it ‘The Firm,’ don’t they? And this really brings Camilla into the firm properly now and for the future." 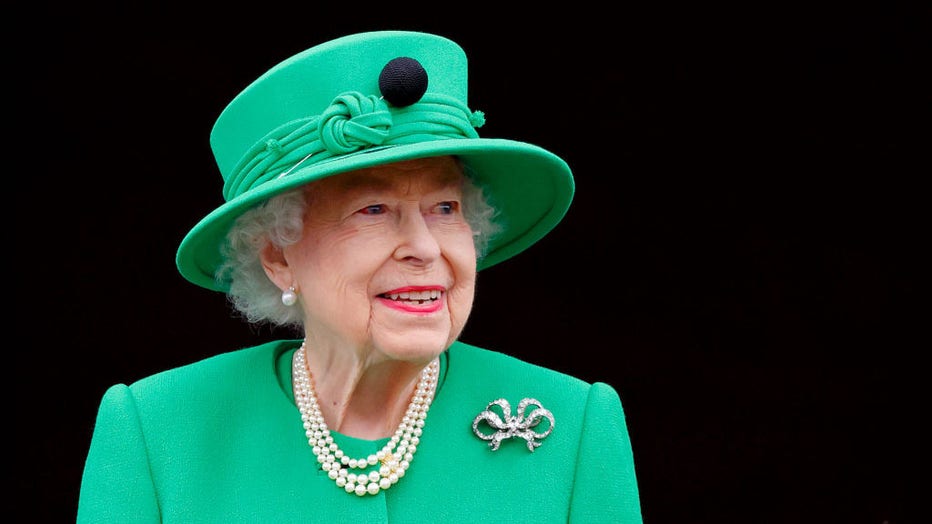 Elizabeth marked 70 years on the throne in 2022, becoming Britain’s longest-reigning monarch and the first to reach the milestone. The occasion was marked with four days of formal Platinum Jubilee celebrations, including the Trooping the Color ceremony and a concert at Buckingham Palace.

Meanwhile, increasingly handed over duties to Prince Charles and other members of the royal family as she struggled to get around. In early September, the queen was put under medical supervision amid concern for her health.

The queen is expected to be buried alongside Philip in the Royal Burial Ground on the Frogmore Estate close to Windsor Castle.