RACINE COUNTY, Wis. - The Racine County Sheriff's Office arrested two men – one from Milwaukee, one from Chicago – for alleged drug possession after a Dec. 6 traffic stop.

A deputy stopped a car on I-94 southbound around 12:10 a.m. Tuesday for non-registration. A second deputy responded with a K-9 officer.

The K-9 sniffed the vehicle, and a search led to the discovery of 18.5 grams of crystal meth – which tested positive for fentanyl, according to the sheriff's office. Deputies also found 11 grams of marijuana, a scale, a pipe and liquid methamphetamine that was stored in jars and bottles.

The sheriff's office identified the driver as 25-year-old Nathan Vieth of Milwaukee and the passenger as 23-year-old Titus Wright of Chicago. Authorities said both men were arrested, taken to the Racine County Jail and held on $290,100 bail for: 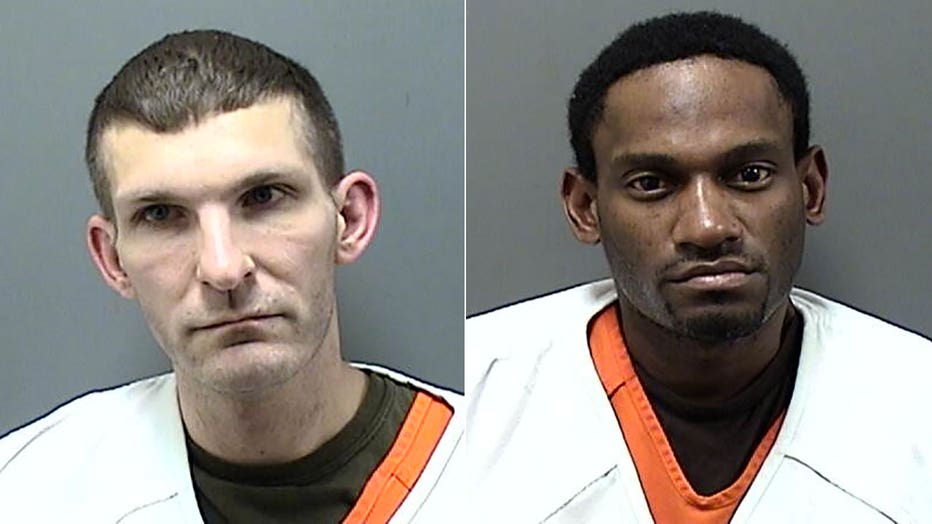 Vieth, the sheriff's office said, also had a body-only warrant from Milwaukee County for fleeing/eluding an officer and second-degree recklessly endangering safety.

"Once again, the instincts of trained and experienced deputies along with the skill of their K-9 partner led to a significant seizure of controlled substances from a ‘routine’ traffic stop. It is impossible to measure the number of lives saved every time the sheriff’s office removes this poison from the streets, but we will never waiver in our commitment to protect the public."