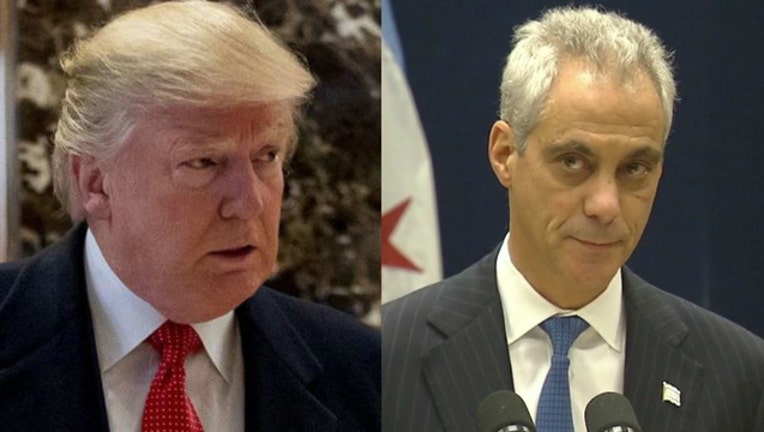 CHICAGO (AP) - Mayor Rahm Emanuel says Chicago students "have nothing to worry about" as President Donald Trump's administration said it will wind down a program protecting young immigrants from deportation.

Emanuel spoke as Chicago Public Schools marked the first day of classes Tuesday. The mayor told students at Solorio Academy High School they "are welcome in the city of Chicago." The Chicago Sun-Times reports that school officials say about a third of the school's students are undocumented citizens. Emanuel said Chicago schools "will be a Trump-free zone."

Attorney General Jeff Sessions on Tuesday said the program known as DACA is an "unconstitutional exercise of authority by the executive branch."

Chicago is suing the Trump administration over its policy of withholding public safety grants from so-called sanctuary cities unless they agree to tougher immigration enforcement.