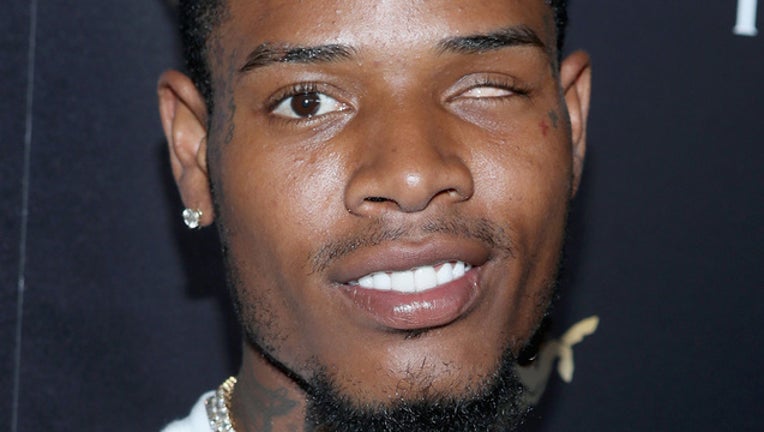 NEW YORK (FOX5NY) - Rapper Fetty Wap has been arrested for drunk driving and street racing on the Gowanus Expressway in Brooklyn.

The NYPD reported that Fetty Wap, whose real name is Willie Maxwell, was seen at about 1:20  a.m. Friday morning in the area of Hamilton Parkway.

Police say he was driving his 2015 Mercedes more than 100 MPH in a 50 MPH zone when officers pulled him over.  They say he gave them an expired New Jersey driver's license.

He failed a sobriety test and blew .09 for blood alcohol content, which is just above the legal limit of .08.

Maxwell, of Paterson, New Jersey, was arrested on 15 charges including, DWI, illegal signaling, following too closely, and driving without a valid license.

It was immediately unclear if he had a lawyer to make a comment.

Fetty Wap rose to prominence after his debut single "Trap Queen", reached number two on the U.S. Billboard Hot 100 chart in May 2015.

He lost his left eye as a child due to congenital glaucoma.