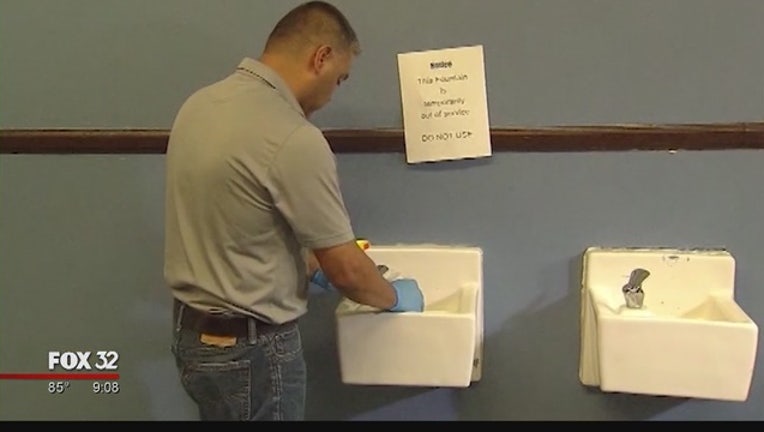 The plan for required one-time testing takes effect immediately and applies to schools with students up to grade 5 and facilities built before 2000. Schools and facilities will have to pay for the testing.

"This will change the system. We're holding our schools and our day care centers accountable for lead testing," Rauner said at a Martin Luther King Jr. Day event in Chicago with the Rev. Jesse Jackson and state legislators. "We are going to insist that this get done and our administration will be a key part of this."

The proposal follows the water crisis in Flint, Michigan, which shed light on the hazards of lead contamination and the disproportionate impact on low-income and minority residents. Children are most at risk to the effects of elevated lead levels, which can cause developmental delays. Lead pipes were banned in the U.S. 1986.

Illinois Attorney General Lisa Madigan's office and the Illinois Environmental Council pushed for lead testing for months, but Rauner's administration wasn't on board until recent negotiations. Earlier versions of the bill required water suppliers to pay for the testing, which experts estimate could run from $500 to $5,000 per facility.

While some school officials questioned why they'd have to pick up the tab, the plan received wide bipartisan support. Approximately 2,500 schools and 11,000 licensed centers, including home and group day cares could be affected, according to the IEC and Madigan's office.

Many schools have already tested, including Chicago Public Schools. CPS officials said every potable water source at schools in the nation's third-largest district was tested last year, including over 300 elementary schools. District spokeswoman Emily Bittner said the district will continue to test all schools on a rolling basis over the next two years.

Under the law, Illinois schools built before 1987 will have to test by the year's end. Those constructed between 1987 and 2000 have until the end of 2018. Day care centers constructed before 2000 that serve children under the age of 6 will also have to test.

The law also requires owners and operators of public water systems to create an inventory of lead service lines for the state's EPA and notify residents when work will be done on water mains.