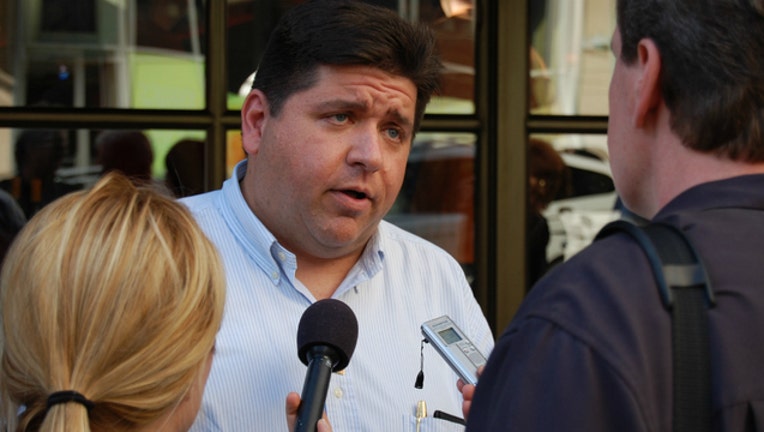 Rauner's campaign says the move is a response to Pritzker's statements that an ad released last week was selectively edited. That ad included a portion of audio in which Blagojevich and Pritzker discuss the possibility of Blagojevich appointing Pritzker attorney general. Pritzker is heard saying, "That's a deal I would take."

"J.B. Pritzker is part of the corruption and cronyism that has plagued Illinois for decades," the Rauner campaign said in a statement. "The people of Illinois deserve better."

Rauner's campaign didn't disclose what time or on which channels the ads would air, or how much the airtime cost.

Blagojevich, a Chicago Democrat, was convicted of wide-ranging corruption in a 2011 trial and later sentenced to 14 years in prison. Several convictions involved his bid to trade an appointment to the U.S. Senate seat Barack Obama vacated to become president for campaign cash.

Audio recordings from FBI wiretaps in late 2008 of telephones in Blagojevich's campaign office played prominently in the disgraced politician's trial, but none included conversations with Pritzker. Audio not presented at the trial is sealed under a court order but the Chicago Tribune obtained the Pritzker-Blagojevich conversations and reported them in May 2017.

Slayen said hundreds of people spoke with Blagojevich at the time.

"Bruce Rauner is desperately trying to interfere in the Democratic primary because he can't defend his failed record and because he doesn't want to face J.B. Pritzker in November," she said.

The impact of such an expensive purchase of television time for what amounts to being a mini-infomercial remains a question. A lengthy, dense setup introduces a static ad with unchanging black-and-white headshots of the participants. And while the sometimes-garbled conversation is bolstered by an on-screen transcript, the banter moves quickly and it's difficult to follow which of the political names, some now obscure a decade later, the two are referring to.

Pritzker and Rauner, a wealthy former private equity investor, have each been sinking millions into their campaigns, setting up what could be the most expensive governor's race in U.S. history.

In just the last three months of 2017 the race cost more than $28 million, with $9 of every $10 spent by Rauner and Pritzker, according to campaign finance disclosures.