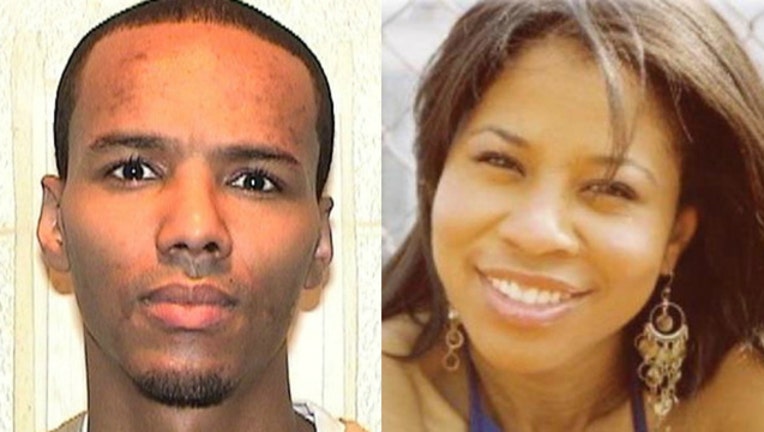 “You didn’t erase her, Mr. Potts,” Judge Thomas Gainer said in handing down the sentence. “She lives on in the hearts and minds of those who loved her…”

On the witness stand Friday—in the culmination of a week-long sentencing hearing—Potts had staunchly maintained his innocence, asking for mercy but not forgiveness.

“I can’t ask for forgiveness for something I didn’t do,” Potts had said.

It was a defiance that Gainer did not seem to appreciate.

“I know who you are, Mr. Potts,” Gainer said Tuesday. “You are a cold, calculating, conniving, coward of a con man. You must be punished.”

He then told the sheriff’s deputies: “Take him away.”

Potts, a nine-time convicted felon, said last week that a lengthy sentence wouldn’t break him but would give him a chance to prove his innocence.

“I’m not going to be in anyone’s jail rotting away, suffering,” a bespectacled Potts said, his voice cracking.

While Potts said he did not kill the popular pharmaceutical rep, he did not address evidence, such as cellphone records that showed his and Franklin’s phone pinging off the same towers in key locations at hours linked to the September 2007 crime.

Assistant Public Defender Crystal Marchigiani had reminded the judge that he must stick with sentencing Potts for Franklin’s murder—not the previous crimes and alleged misdeeds the prosecution’s witnesses detailed during the last five days.

As Assistant State’s Attorney Maria McCarthy called Potts a “poster child” for someone who needs to be behind bars for the rest of his life, Marchigiani asked Gainer for a sentence of 20 to 60 years.

Some of Franklin’s friends and relatives left the courtroom a few seconds after Potts stood up and spoke for nearly 40 minutes, gushing about his loving family, the number of law enforcement officials he’s related to, his dedication to his children, and the many women he’s dated.

Potts, however, was adamant that Franklin was never his girlfriend—just a fling—who jokingly called him “crookie” because she knew about his rap sheet.

Potts’ continually blamed the media for painting him as a crazed stalker who ambushed the 28-year-old Franklin at her University Village apartment, asphyxiated her and dumped her body near his brother-in-law’s vacant Calumet City video store because she broke up with him and told others about his checkered past.

Potts admitted he stole luxury cars as a “mischievous” young man because he was attracted to the finer things in life. But he denied beating jail guards, his ex-wife and former girlfriends.

As a man with five sisters, he said he is not “aggressive” toward women or a “demonic” individual.

The prosecutor called Potts a “sociopath” and “narcissistic,” saying other people exist solely to be “used by him.”

“He lies as easily as he breathes about anything, no matter how stupid,” McCarthy said. “If he tells you what time it is, you better check your watch.”