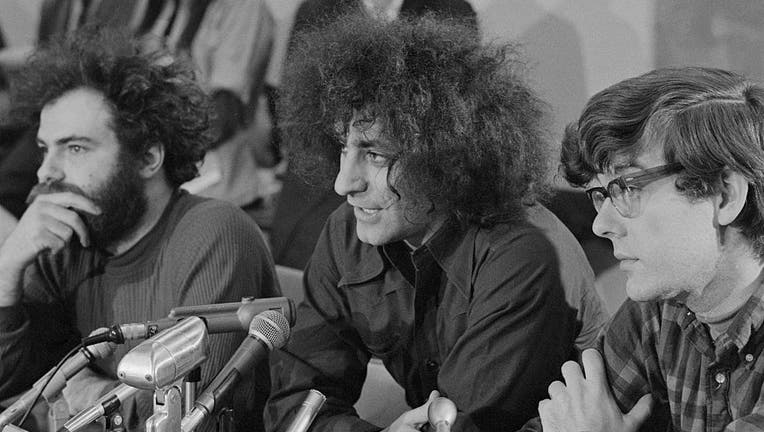 Activists Jerry Rubin (left), Abbie Hoffman (center), and Rennie Davis speak with the press during a recess in their trial. The three are facing charges for conspiring to start the riots that tore through Chicago during the 1968 Democratic Convention

CHICAGO - Rennie Davis, one of the "Chicago Seven" activists who was tried for organizing an anti-Vietnam War protest outside the 1968 Democratic National Convention in Chicago that turned violent, has died. He was 80.

Davis died on Tuesday of lymphoma at his home in Berthoud, Colorado, his wife, Kirsten Liegmann, told The Associated Press on Wednesday.

A longtime peace activist, Davis was national director of the community organizing program for the anti-war Students for a Democratic Society and was a protest coordinator for the Chicago convention.

Some 3,000 anti-war demonstrators clashed with police and Illinois National Guardsmen on Aug. 28, 1968, near the convention. Police clubbed demonstrators and conducted mass arrests. An investigative commission later described the clash as a "police riot."

Davis and four co-defendants — Tom Hayden, Jerry Rubin, Abbie Hoffman and David Dellinger — were convicted of conspiracy to incite a riot during the Chicago Seven trial in 1969 and 1970. A federal appeals court overturned the convictions, citing errors by U.S. District Judge Julius Hoffman. 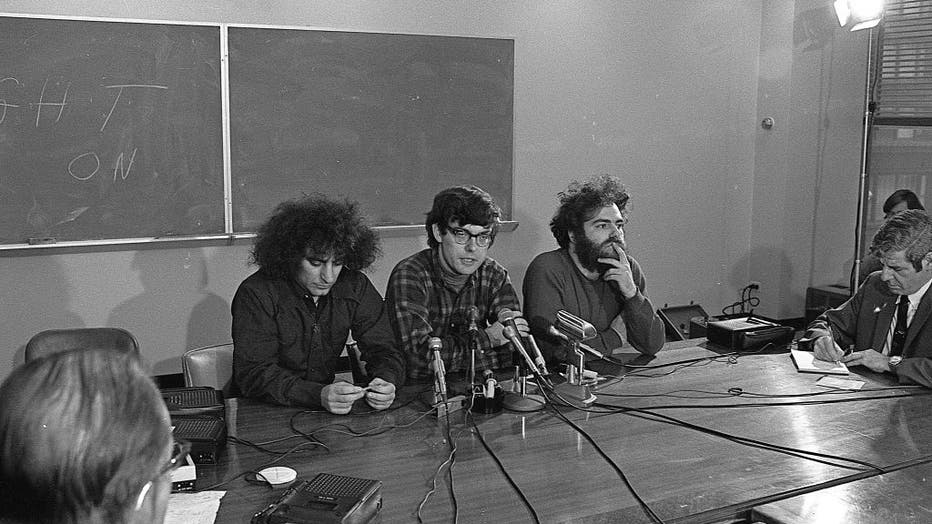 Three of the Chicago Seven, seated center, from left, American political activists and antiwar demonstrators Abbie Hoffman (1936 - 1989), Rennie Davis, and Jerry Rubin (1938 - 1994) hold a press conference during their trial for conspiracy to incite

Co-defendants John Froines and Lee Weiner were acquitted. An eighth defendant, Bobby Seale, was tried separately, convicted of contempt and sentenced to four years in prison. That conviction also was overturned.

Davis later moved to Colorado, where he studied and taught spirituality and entered the business world, selling life insurance and running a think tank that developed technologies for the environment. He became a venture capitalist and a lecturer on meditation and self-awareness, Kirsten Liegmann said.