A nationwide ban on evictions ended over the weekend, but 10 states still have protections in place for renters as housing advocates warn that millions of Americans could be on the brink of homelessness.

The policies, some of which are in place through the end of the year, will give state and local officials additional time to distribute $46 billion in rental assistance that Congress approved in December and March. Although intended to stave off a tidal wave of evictions, the rental assistance program has been slow to start: Recent Treasury Department data shows that just 6% of the money was doled out over the first half of the year.

To help tenants struggling to pay their rent and other bills, the Consumer Financial Protection Bureau launched a new tool designed to assist those applying for federal relief money. Individuals who are approved can receive up to 18 months of rent covered.

Simply applying for the aid can also keep some tenants in their homes for longer: At least four states – Massachusetts, Nevada, New York and Oregon – are temporarily banning evictions against those with pending applications.

Still, at least 10 states have their own eviction freezes in place – although some of those protections are poised to lapse soon. Here's a closer look: 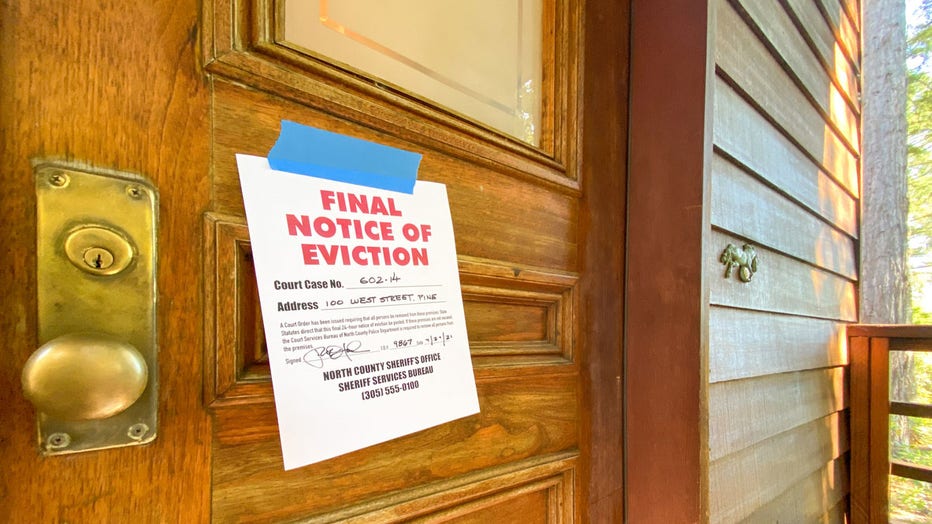 California: Roughly 1.6 million individuals – or about 14% of the state's population – who are behind on their rent will be protected from eviction through the end of September. Beginning in October, landlords will be able to remove people from their homes.

Hawaii: The state has halted evictions through Aug. 6, after which 26,000 individuals could be evicted.

Illinois: An eviction moratorium in Illinois will phase out by the end of August, although landlords were allowed to start filing for eviction orders at the beginning of the month. There are about 459,000 renters who are behind on their payments in the state.

Maryland: Renters in Maryland are protected from evictions through Aug. 15. About 18% of the state, or 228,000 individuals, are not caught up on rent.

Minnesota: There are some 93,000 people who are behind on their rent in Minnesota; they will be protected from evictions through Sept. 12, although a so-called eviction "off-ramp" begins Aug. 13.

New Jersey: The eviction ban in New Jersey will remain in place until the official end of the public health emergency designation – which expires in October – plus an additional two months. That means some 390,000 individuals will be protected from evictions until the end of the year.

Eviction moratorium ending: What you need to know

New Mexico: The state Supreme Court in New Mexico has not yet set an expiration date for the eviction moratorium that's protecting about 72,000 renters who owe money to their landlords.

New York: Roughly 1.2 million New York renters who are behind on their rent are shielded by an eviction moratorium that's in place through Aug. 31.

Oregon: Oregonians cannot currently be evicted for rent owed between the months of April 2020 and June 2021; individuals who owe money over that time frame have until the end of February 2022 to cover it.

Washington: About 290,000 renters in Washington need to catch up on unpaid rent. The state has a freeze on evictions in place through Sept. 30.

The federal eviction halt, first implemented by the Centers for Disease Control and Prevention in September, ended Saturday; without the freeze, more than 15 million people living in the U.S. who are behind on their rental payments could face eviction, according to a study published Wednesday by the Aspen Institute and COVID-19 Eviction Defense Project.

Although House Democrats staged a last-minute effort to keep the ban alive until the end of the year after the White House announced that Biden would let the moratorium lapse, they failed to secure the necessary support from at least a dozen members of their own caucus.

On Friday evening, Biden pressed local governments to take "all possible steps" to disburse the money.

"There can be no excuse for any state or locality not accelerating funds to landlords and tenants that have been hurt during this pandemic," he said in a statement.