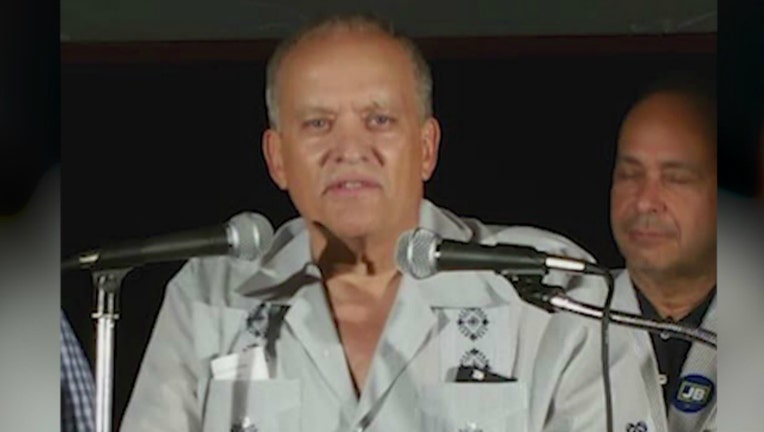 SPRINGFIELD, Ill. - A state representative charged with bribery in a federal complaint has resigned.

Rep. Luis Arroyo submitted his resignation Friday after 13 years in the House. The Chicago Democrat stepped down just hours before a special investigating committee was scheduled to begin considering his expulsion.

Prosecutors claim the 65-year-old Arroyo offered a $2,500 monthly bribe to a state senator for the senator's support on legislation legalizing slot-like "sweepstakes" games.

Democratic House Speaker Michael Madigan said in a statement Friday that the charge is "beyond extraordinary." He says legislative leaders should continue a promised effort to tighten ethics laws even though the special investigative committee won't proceed.