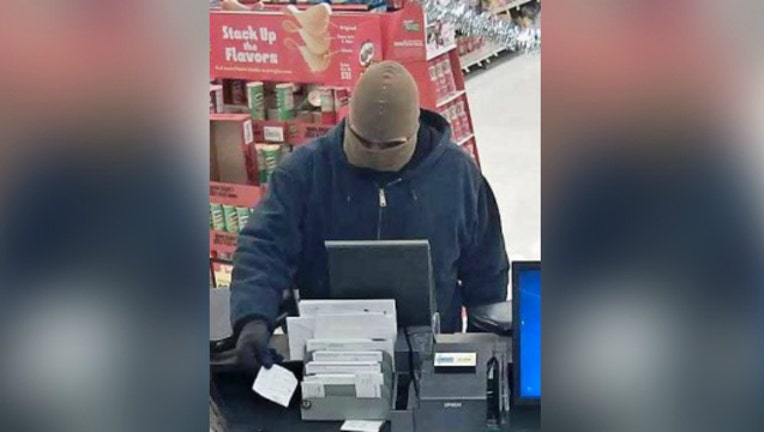 The non-takeover robbery occurred at 7:11 p.m. at the TCF Bank branch inside the Jewel-Osco at 10203 Grand Ave. in Franklin Park, according to FBI spokesman Garrett Croon.

The suspect was described as a Hispanic or white male with a heavy build standing 5-foot-8 to 5-foot-9, Croon said.

Anyone with information about the robbery is asked to call the FBI’s Chicago office at (312) 421-6700. A reward of up to $1,000 is being offered for information that leads to his arrest.