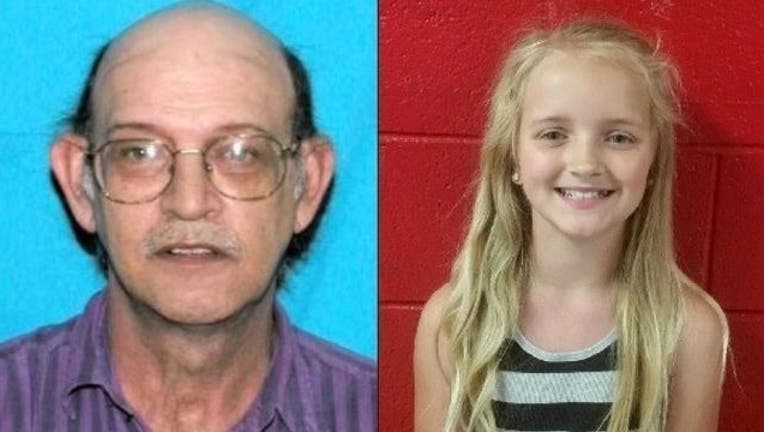 (FoxNews.com) - Authorities in Tennessee said Saturday that a reward for information leading to the safe recovery over a missing 9-year-old girl has been set at $12,500.

The Tennessee Bureau of Investigation said law enforcement officials continued searching for Carlie Marie Trent of Rogersville in the eastern part of the state. The bureau said it’s working through more than 100 tips it has received since an Amber Alert was issued Thursday.

"At this time, however, there have been no credible sightings of Carlie Trent, Gary Simpson, or the van in which investigators believe the two may be traveling," investigators said in a statement. "Though their whereabouts are currently unknown, investigative efforts suggest they may be out of public view and in an isolated area, such as a campground or park."

Authorities say Carlie was signed out of school under false pretenses Wednesday by her non-custodial uncle, 57-year-old Gary Simpson. The bureau said they may be in an "isolated area" such as a campground or state park.