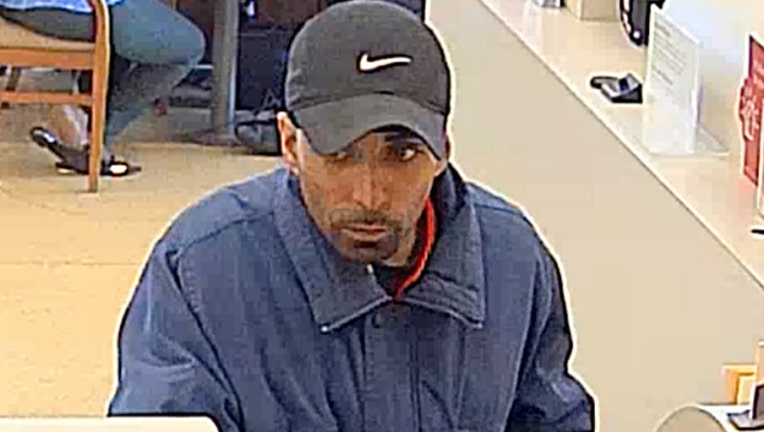 EVANSTON, Ill. - A $6,000 reward is being offered for a man wanted in an Evanston bank robbery in which he implied he was armed.

The FBI released two videos Friday showing the man allegedly rob a Wells Fargo Bank branch in the 2200 block of Howard Street and handed a note to two tellers.

He allegedly handed a note to two tellers about 10:30 p.m. on June 20 and implied he was armed, Evanston police said at the time. No weapon was seen.

The man was handed cash and last seen going westbound on foot toward McCormick Avenue, police said. No injuries were reported.

The suspect was between 5-foot-6 and 5-foot-8, slim built, and wearing a black Nike hat and a blue shirt over a red shirt, the FBI said.