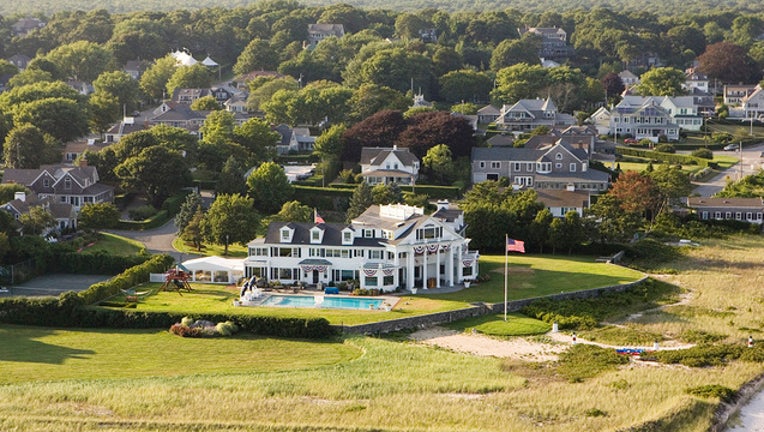 An aerial view of the Kennedy Compound on July 25, 2008 in Hyannisport, Massachusetts. (Photo by Tim Gray/Getty Images)

(FOX NEWS) The 22-year-old granddaughter of Robert F. Kennedy died Thursday at the Kennedy compound in Hyannisport, Mass., the family said in a statement.

The woman, identified by the family as Saoirse Kennedy Hill, was the daughter of Courtney Kennedy Hill, the fifth of 11 children born to the late New York senator and wife Ethel, The New York Times reported.

"Our hearts are shattered by the loss of our beloved Saoirse," the family said. "Her life was filled with hope, promise and love. She cared deeply about friends and family, especially her mother Courtney, her father Paul, her stepmother Stephanie, and her grandmother Ethel."

Hyannis Fire Capt. Greg Dardia told Fox News Police that paramedics responded to a medical call at 28 Marchant Avenue at around 2:30 p.m. Hill was taken to Cape Cod Hospital in an unknown condition. It is not clear whether she died at the hospital or at the property.

The compound has around six homes on along Nantucket Sound in Hyannisport. Hyannis News first reported that the home where police were called owned by Ethel Kennedy.

Multiple generations of the Kennedy family have lived at the compound, which most famously served as President John F. Kennedy's summer White House.