CHICAGO - The FBI is searching for a man who robbed a bank at gunpoint Tuesday in Little Village on the West Side.

The man entered the Fifth Third Bank branch in the 2500 block of West Cermak Road about 3:49 p.m. and displayed a handgun, according to the FBI.

The FBI said the man, described as a Black male with a large build, pistol-whipped one person and choked another.

He wore a black hoodie, a black mask, red-orange pant, and white and black athletic shoes. 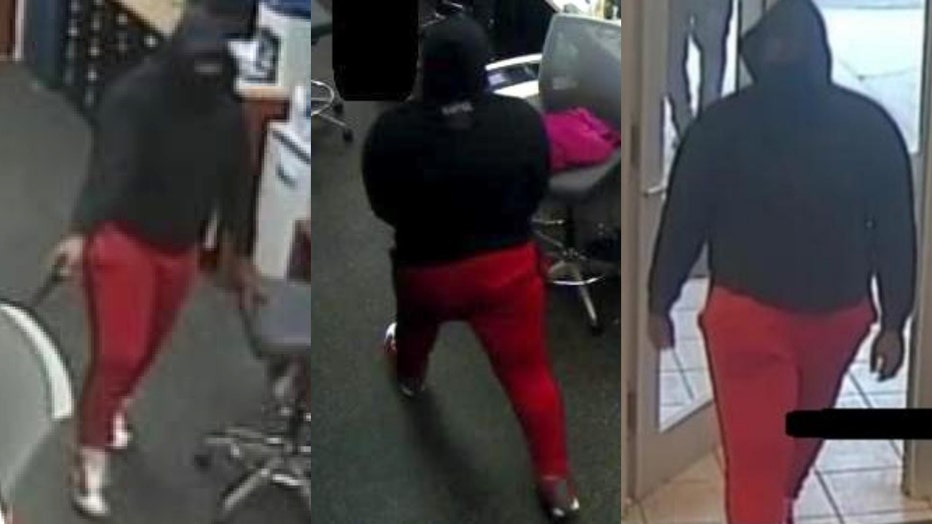 The FBI says this man robbed a bank Tuesday in Little Village. (FBI)

A photo released by the FBI shows the suspect walking through an office area of the bank, pointing a handgun.