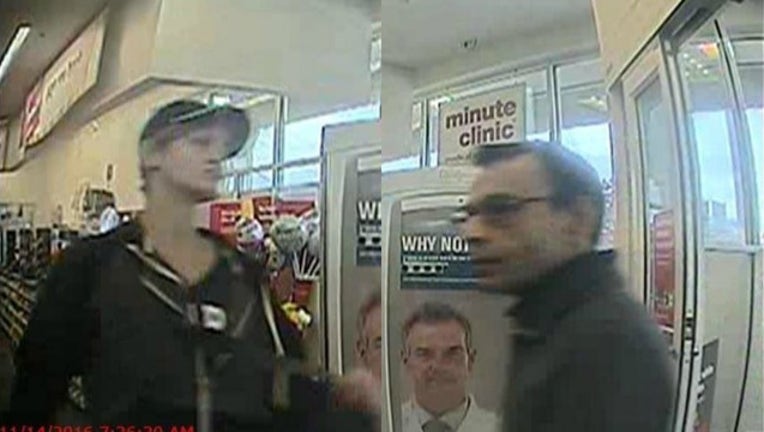 Around 7:30 p.m. a CVS employee spotted a male and female removing over-the-counter medication from a shelf in the store at 9640 Milwaukee Avenue, Niles police said.

When the suspects attempted to leave, an employee approached them and told them to put the items down, police said. The male allegedly pulled out a hypodermic needle from his pants pocket, pointed it at the employee and said, “You don’t want what I have.”

The two suspects then left the CVS and got into a light colored vehicle, police said.

The male is described as standing between 5-foot-5 and 5-foot-9, 135-145 pounds with dark hair, police said. He was wearing sunglasses, a dark jacket and dark pants.

The female is described as standing between 5-foot-5 and 5-foot-9, 135-145 pounds with light-colored hair, police said. She was wearing a baseball style cap, two-tone colored jacket and tan-colored pants.

The theft is currently under investigation by Niles police.