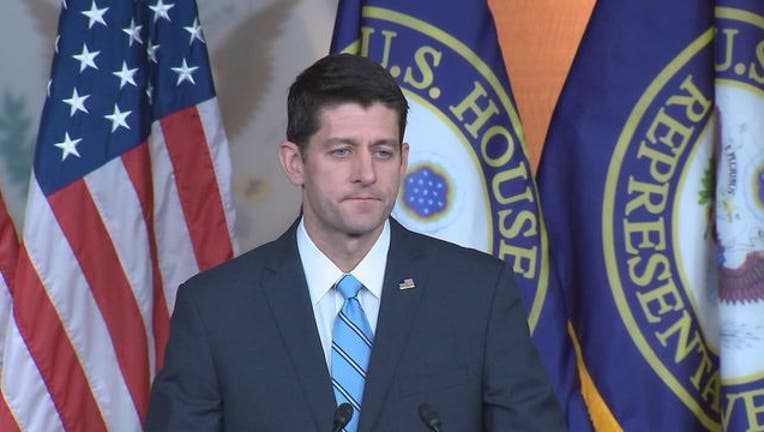 The Republican was pressed on the legislation after the mass shooting in Las Vegas in which a gunman killed at least 59 people and injured hundreds. A House panel had backed the bill last month and lawmakers were expected to move ahead on the measure.

Ryan said Tuesday the bill is "not scheduled right now. I don't know when it will be scheduled."

The Republican-led Congress had been pushing ahead on measures to loosen gun restrictions, including the gun silencer bill and one to allow people with concealed-carry permits to take their weapons to other states.