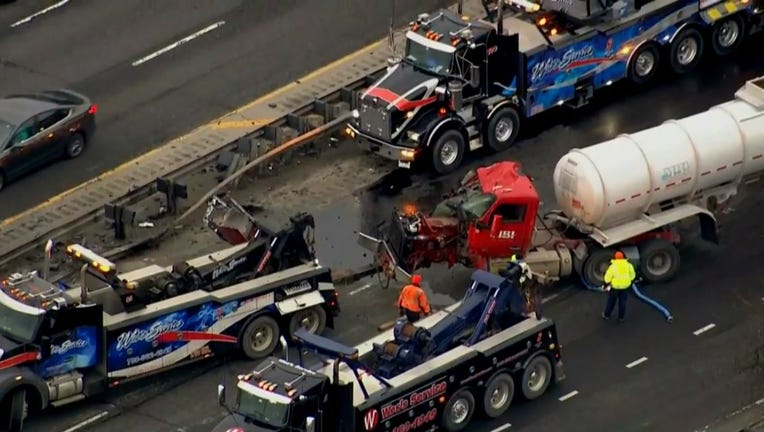 SOUTH HOLAND, Ill. - Southbound lanes of the Bishop Ford Freeway were reopened Monday after a semi overturned and shut down all lanes before the morning rush in suburban South Holland.

The semi rolled over at 4:58 a.m. in the southbound lanes of I-94 near 159th Street, according to Illinois State Police. At least one minor injury was reported.

Two lanes were blocked by the rollover, but all southbound lanes were closed shortly before 6 a.m. as crews prepared to turn the truck back upright, state police said. All lanes were reopened by 8:10 a.m.