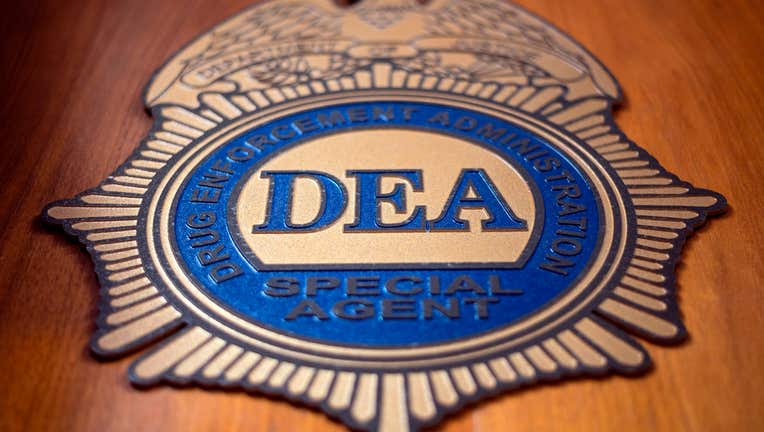 FILE - A logo reading DEA Special Agent is pictured in the Office of the U.S. Drug Enforcement Administration (DEA) on May 29, 2019 in New York City. (Photo by JOHANNES EISELE/AFP via Getty Images)

LOS ANGELES - The U.S. Drug Enforcement Administration is warning members of the public to be on the lookout for phone calls by scammers impersonating DEA employees attempting to defraud and/or extort those receiving the calls.

According to the agency, the scammers call their victims apparently spoofing DEA phone numbers in an attempt to appear legitimate, demanding the victim pay a fine over the phone either through a wire transfer or gift card.

The scammers are reportedly threatening their victims with arrest, prosecution and imprisonment for supposed crimes regarding federal drug laws, as well as alleging the victims’ involvement in supposed drug-trafficking activities.

The DEA warned that the scam callers use fake names and badge numbers or even real names of well-known DEA officials in order to intimidate their victims.

Attorney General William Barr appeared before the House Judiciary Committee on July 28 for the first time after 18 months in office.

“The best deterrence against these bad actors is awareness and caution. Anyone receiving this type of call from a person purporting to be with DEA should report that contact using our online form or by calling 877-792-2873,” the DEA said in a press release.

The agency is urging citizens to be wary of potential fraudulent activity and to be aware that DEA personnel would never contact members of the public by telephone requesting sensitive information or demanding any forms of payment.