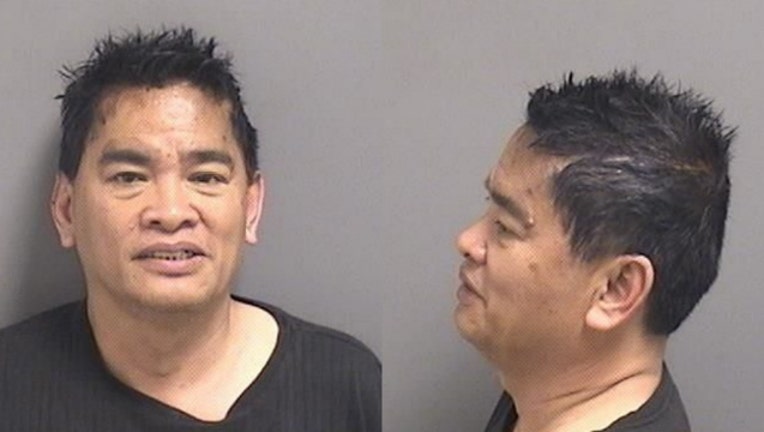 ORLAND PARK (Sun-Times Media Wire) - A school bus driver in the south suburbs is accused of sexually abusing several of his passengers in Orland Park.

Monteclar allegedly made inappropriate contact over the clothing with five male passengers — all between the age of 7 and 11 years old — on his bus route in Orland School District 135, police said.

The incidents were brief encounters as the students exited and entered the bus, and happened randomly between March and May, police said. The school district learned of the allegations and immediately removed Monteclar from his route, police said. Orland Park police were notified of the abuse on May 30.

After an investigation, officers arrested Monteclar on Wednesday at his home in Monee, police said.

Cook County Judge John J. Mahoney set Monteclar's bail at $1 million at the Bridgeview courthouse, and scheduled his next court date for July 15, according to county records. Monteclar has no previous criminal history listed in Cook County records.

Monteclar was suspended by his employer — American School Bus Orland Park, a subsidiary of Cook-Illinois Corporation — when the company learned of the complaint, according to company spokesman Anthony Benish.

Before he was hired, Monteclar's background check showed no criminal history, and he had no previous complaints of inappropriate behavior, Benish said.

In a letter to parents after Monteclar's arrest, Orland School District 135 Assistant Supt. John Bryk wrote that the district "took immediate action when notified of the situation and continues to work with the Orland Park Police on this matter."

"I am both saddened and angered by these events," Bryk continued. "Student safety is District 135's first priority, and we appreciate your partnership in helping us keep our school community safe."