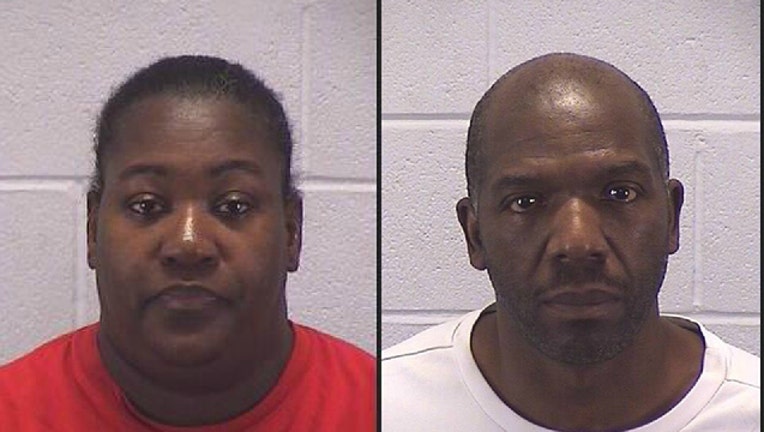 SUN-TIMES MEDIA WIRE - A west suburban school officer and staff member were injured in a fight involving two students and two other adults at East Aurora High School on Friday.

The officer and staff member were addressing two non-compliant students during the school’s dismissal time Friday when the officer briefly left and returned to witness one of the students striking the staff member with the door, Aurora police said.

Upon returning, the officer gave verbal orders to the student, who did not listen and started to struggle with the officer, police said. The officer was able to hold her in place and call for assistance.

A 52-year-old man then entered the school and began to batter the officer, police said. The officer fell to the ground as Lester Swafford and the two students punched and kicked the officer in the head.

The staff member who had been hit with the door was then approached and beaten by 48-year-old Claudette Flemming, who also entered the school, police said. Swafford, Flemming and the students were all eventually arrested.

Swafford and Flemming, both of the 1200 block of Summit Avenue in Aurora, and the juvenile students were charged with aggravated battery and mob action, police said.

Swafford and Flemming were held for bond and the students were sent to the Kane County Youth Home.

On the same day, the Aurora Fire Department responded to an active alarm at the school, police said.

A garbage can was found on fire in the men’s bathroom, police said. The fire was quickly extinguished and no additional damage to the building or injuries were reported.

Police also initiated an investigation leading to the arrest of a 16-year-old student, who was charged with criminal damage to state-supported property, police said. There was no known strategic motive for starting the fire.