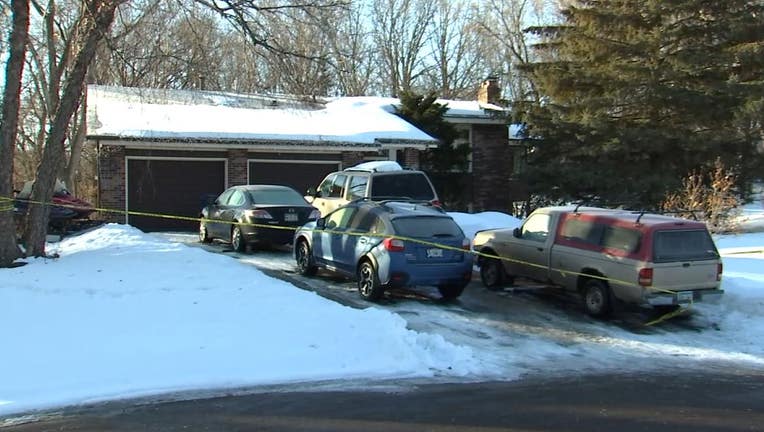 Three people were fatally shot inside a home in Apple Valley, Minnesota.

APPLE VALLEY, Minn. (FOX 9) - A man with a possible mental illness is believed to have shot and killed his brother and his mom as well as the two family dogs before turning the gun on himself at the family’s home in Apple Valley, Minnesota over the weekend, according to a search warrant.

On Saturday, a family friend called 911 to report she was concerned for the welfare of the family, so she had gone inside their home on the 13600 block of Upper Elkwood Court and found all three people dead, as well as the family’s two dogs.

Three people were found dead in a home in Apple Valley, Minnesota on Saturday in what police are calling

Officers arrived and found the three victims—two men and a woman.

The search warrant said the Hennepin County Medical Examiner conducted autopsies on the three victims and determined the woman and one of the men had been shot to death. Their deaths were ruled homicides. The second man was found with a likely self-inflicted gunshot wound.

Officers learned the two men were brothers, and the woman was their mother.

The Minnesota Bureau of Criminal Apprehension processed the scene and found "several firearms, multiple laptops, and cell phones and evidence supporting a murder/suicide scenario,” according to the search warrant.

The family’s two dogs were also found dead at the home. A veterinarian confirmed they had been shot and killed.

Officers spoke with a friend, a family member and neighbors, who all described the man who died from a self-inflicted gunshot wound as an “undiagnosed paranoid schizophrenic who was subject to fits of rage and confrontational behavior,” according to the search warrant.

Officers are asking the judge for a warrant to search the Golden Valley home of the father of the two men. He died in July, but authorities believe the son who appears to be responsible for the double-shooting had recently been spending time at the home.

UPDATE: Wednesday, the Hennepin County Medical Examiner's Office identified the mother and brother killed in the shooting as 60-year-old Janice Petrovich and 23-year-old Jonathan Petrovich. The suspect was identified as 27-year-old Alexander Petrovich.