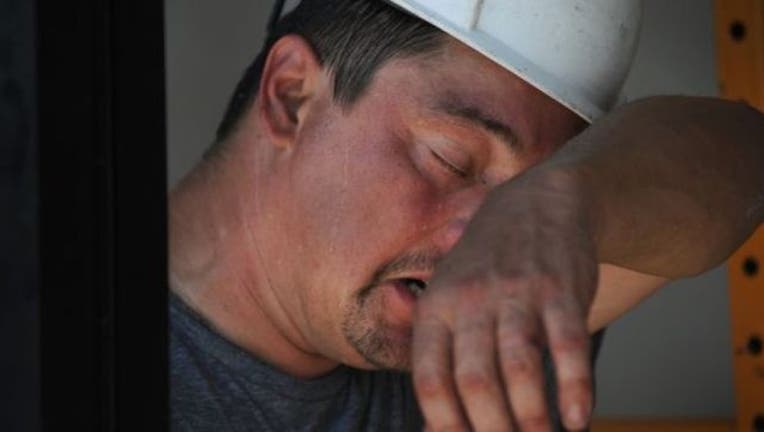 The Middle East is trapped under a brutal “heat dome” that has brought apocalyptic weather and a heat index that makes it feel like 164 degrees in one Iranian city.

For more than a week, Iran and Iraq have endured scorching temperatures, prompting Baghdad to declare a four-day “heat holiday” and leaving the Iranian city of Bandar Mahshahr dangerously close to breaking the all-time record with a heat index of 164 degrees on Friday.

"That was one of the most incredible temperature observations I have ever seen and it is one of the most extreme readings ever in the world," AccuWeather meteorologist Anthony Sagliani told the New York Post.

The heat index, which takes into account actual temperature as well as humidity, is often referred to as the “feels-like” or “real feel” temperature. The index for Bandar Mahshahr, a city of 100,000 people in the Khuzestan Province of southwestern Iran, fell mercifully shy of the record high from July 8, 2003, when the heat index was recorded at 178 degrees in Dhahran, Saudi Arabia.

In Iraq, temperatures exceed 120 degrees for the eighth straight day, which led to the mandated holiday.

The hellish weather is likely due to what is known as a “heat dome,” a type of high-pressure ridge that develops in the upper atmosphere, causing air below it to sink while sending the mercury soaring.