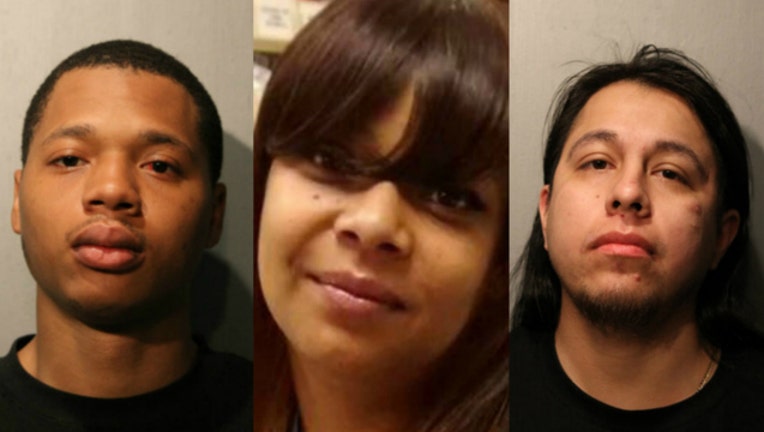 CHICAGO (Sun-Times Media Wire) - A second man has been accused of participating in the shooting that killed a mother who was cellphone shopping with her sons last month on the Southwest Side.

Marco Zabala, 24, is charged with first-degree murder and three counts of attempted first-degree murder for allegedly providing the handgun used in the April 26 slaying of Candice Dickerson at a Metro PCS store at 59th Street and Kedzie Avenue, Chicago police and authorities said.

Police said that Zabala allegedly provided the handgun to Bryan Mitchell, who was charged with the same felonies Monday and ordered held without bail. Cook County prosecutors on Tuesday laid out how Mitchell and two unnamed people chased down a rival gang’s vehicle in Chicago Lawn and fired the shot that flew into the cellphone store and fatally wounded Dickerson.

Dickerson, who lived a few blocks away from where she was shot, was a “committed and beloved” pharmacy technician at Norwegian American Hospital, a spokesperson for the hospital said. She was also a single mother of three sons — ages 10, 12 and 17. Her two youngest sons were present at the shooting.

Zabala, who lives in Gage Park, was arrested Sunday, police said. He is scheduled to appear for a bail hearing on Wednesday.