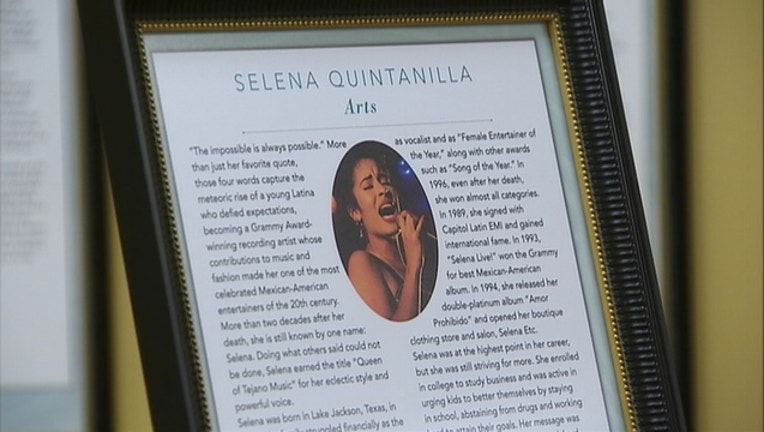 HOLLYWOOD, Calif. (FOX 11/ CNS) - Selena Quintanilla, known to her fans as the ``queen of Tejano music,'' will be posthumously honored with a star on the Hollywood Walk of Fame on Nov. 3, it was announced Thursday.

The Texas-born singer's sister, Suzette Quintanilla Arriaga, will join Hollywood Chamber of Commerce President/CEO Leron Gubler in unveiling her star -- the 2,622nd on the Walk of Fame -- in front of the Capitol Records building at 1750 N. Vine St.

Actress and fellow Texas native Eva Longoria is also scheduled to join Mayor Eric Garcetti at the 6:30 p.m. ceremony to proclaim Nov. 3 as ``Selena Day'' in the city of Los Angeles.

``Before there was JLo, Shakira or Beyonce, there was a transformative female artist called Selena,'' said Otto Padron, president of Meruelo Media and the official sponsor of the tribute. ``Selena is one of the most influential music icons of the 20th century; her music, style and smile are timeless and now her star will grace our city forever.''

Actor Edward James Olmos told Variety that the performer is deserving of the accolade.

``Her music stands the test of time,'' he said. ``She was a brilliant artist. I just wish she were here. It's not fair.''

The Grammy Award-winning Mexican-American singer was 23 years old when she was fatally shot by the president of her fan club in March 1995.