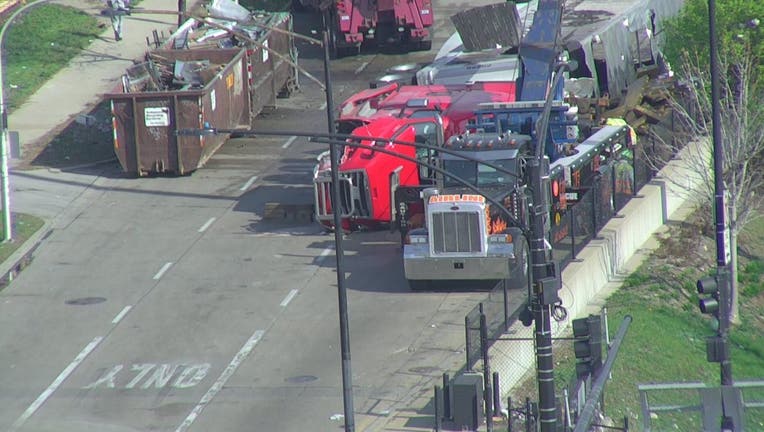 A semitrailer that was struck by a hit-and-run driver early Wednesday rolled over and then caught fire as crews dragged it off the Dan Ryan Expressway.

The driver of a black Lexus rear-ended the semi about 3 a.m. in the outbound lanes near 55th Street, according to Illinois State Police.

The collision caused the semi to become unstable and roll over, state police spokeswoman Elizabeth Clausing said in a statement. The driver of the Lexus ran from the scene.

As the semi was relocated off the interstate, the vehicle caught fire and was extinguished by the Chicago Fire Department, Clausing said. No injuries were reported.

Outbound lanes were closed until about 4:50 a.m., Clausing said.