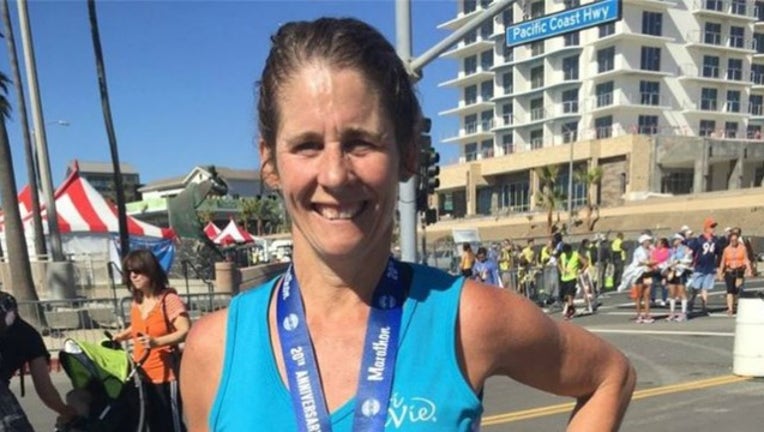 A Southern California woman who survived a near-deadly shark attack is now fighting to save the storied, yet often dangerous fish.

Maria Korcsmaros was training for an Ironman competition when she was attacked in May off the coast of Newport Beach. A shark chewed into her side, ribs and liver.

Two lifeguards pulled Korcsmaros from the ocean when they noticed the water turning red, and paramedics kept her heart beating on the way to the hospital.

Sharks are targeted for their fins, used to make soup.

"A shark can't swim if it has no fin. That's just cruelty to animals," Korcsmaros said. "Just because a shark bit me ... I don't think a shark should die for shark fin soup."

Although she supports protecting sharks, that doesn't mean Korcsmaros is completely comfortable back in the water.

The competitive athlete was racing again in October in the TriLa Vie Triathlon at Mission Bay in San Diego. She swam with the "survivor" group, mostly cancer survivors.

"I was in the middle of the pack," Korcsmaros said. "That assured me I would have a lot of people around me. That made me more comfortable."

She's also embraced the fear with a dose of laughter; she dressed as a shark for Halloween.

Korcsmaros said she wants to learn more about sharks, and about how to keep safe if she gets back into the open ocean and how her 16-year-old son can avoid attack if he decides to dive with the sharp-toothed fish -- something he's always wanted to do.

Korcsmaros isn't so sure she'll join him on that adventure: "I'm a little, um, nervous."