A man was shot by Chicago police Friday afternoon at the Grand Red Line station on the Near North Side.

WARNING: Viewer discretion is advised. Some may find the police shooting video disturbing.

CHICAGO -- A man was shot by a Chicago police officer inside a busy CTA Red Line subway station on the Near North Side during the Friday afternoon rush hour.

Officers with the Mass Transit Unit tried to stop the man just after 4 p.m. as he was moving between two train cars, Chicago police said.

A struggle broke out at the Grand station and both officers tasered the man, police said. At some point, one of the officers fired shots, striking the man twice.

He was taken to Northwestern Memorial Hospital where he is in critical but stable condition after going through surgery, police said.

“We are conducting a criminal and administrative investigation into this incident,” police said. The Cook County state’s attorney’s office was requested to consult in the matter.

The incident is also being investigated by the Civilian Office of Police Accountability.

The officers, per department policy, will be taken off patrol and given paid administrative duties while the investigation unfolds. 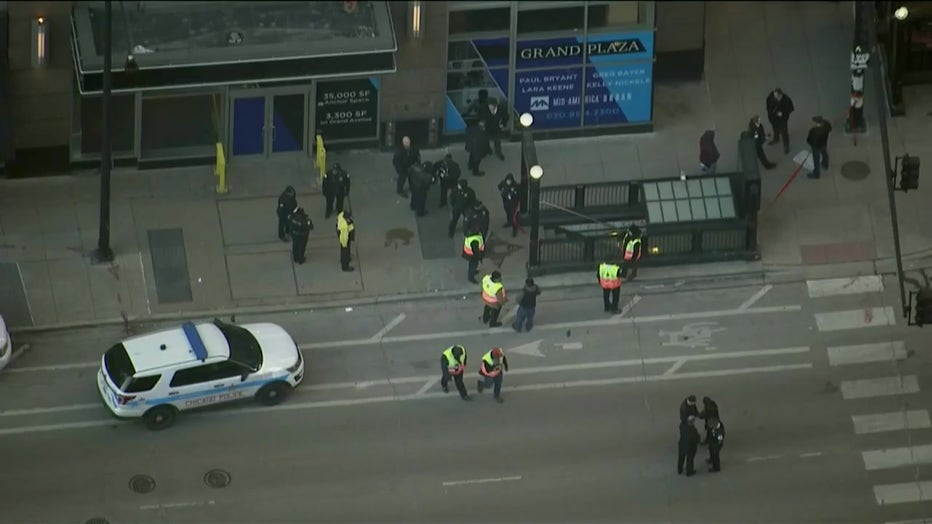 Video on Twitter shows the man shot down on the ground with two officers standing over them.

WARNING: Viewer discretion is advised. A man was shot by Chicago police Friday afternoon at the Grand Red Line station on the Near North Side.

The shooting comes as police unveiled plans to bolster patrols in response to an outbreak of mass transit violence. The unit that patrols CTA stations will grow from 200 officers to 250.