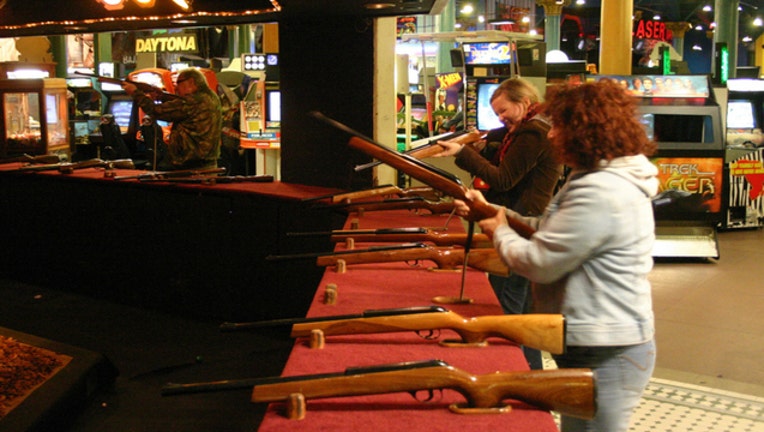 FOX NEWS - An Arizona couple’s Old West-style mobile shooting game will not be among the activities at a Fourth of July celebration in Phoenix Monday.

Pete and Valerie Fowler, of Prescott, said Prescott Pete’s Highfalutin Shooting Gallery was deemed inappropriate by the organizers of Fabulous Phoenix 4th. A letter from the City of Phoenix said the game wasn’t a good fit given current events and perceptions surrounding gun violence.

"If it had happened immediately following the shooting in Orlando, I would have been a bit more understanding, but this was just out of the blue," Pete Fowler said. "For us to make this business work, we have to get into big events like (Fabulous Phoenix 4th)."

The festival is in its 31st year and will be held at Steele Indian School Park. The event includes vendors, interactive exhibits and two stages. The event is expected to draw 100,000 people.City of Phoenix Parks and Recreation spokesman Gregg Bach told the Prescott Daily Courier that it was a straightforward decision by the event’s organizers.

"The planning committee was not comfortable with an exhibit/game that presented guns in a fun or glorified way," Bach said.