Several Illinois recreational marijuana dispensaries were closed Monday, with some owners saying strong demand has caused a shortage in supplies and staff exhaustion.

Several Illinois recreational marijuana dispensaries were closed Monday, with some owners saying strong demand has caused a shortage in supplies and staff exhaustion.

The legal sale of recreational cannabis began Jan. 1 in Illinois, with customers spending about $3.2 million on the first day and more than $5 million over two days. By comparison, Michigan, which made recreational marijuana legal on Dec. 1, generated $3.1 million in the first two weeks of sales.

“The demand was huge,” McQueeney told the Chicago Tribune. “We knew we were going to run out. It was a matter of when, not if.”

He said that like other stores that have stopped recreational sales, Midway is still open for medical patients.

Product shortage is not the only reason some dispensaries have shut down. Jason Erkes said Cresco Labs shut its Sunnyside shops in Chicago, Rockford and Champaign to all customers to "reset" and give his staff a break after working five consecutive 14-hour days. 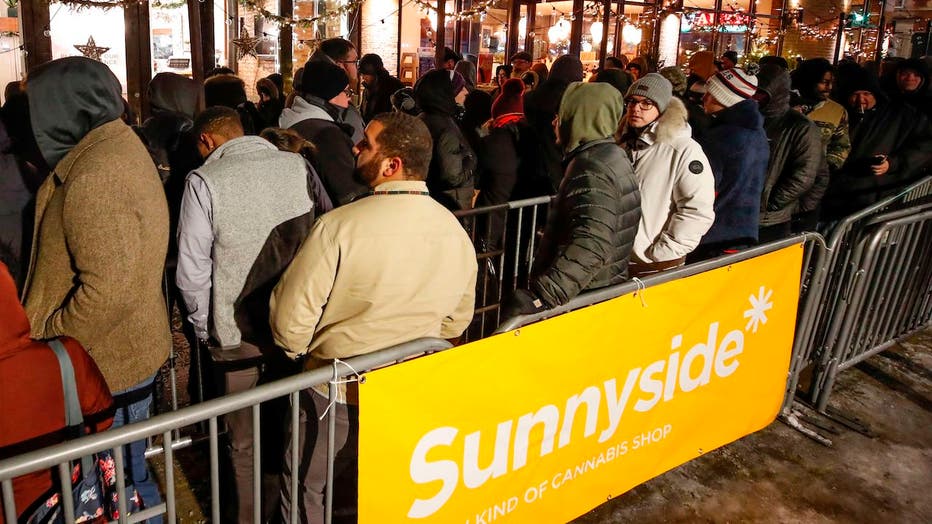 “There are no product supply shortages,” Erkes told the Chicago Sun-Times . ”Just a shortage of state-approved employees to help efficiently service the hundreds of people that have been showing up every day to make their first legal cannabis purchase in Illinois.”

One Chicago dispensary was shuttered after police said it was burglarized over the weekend. MOCA Modern Cannabis on the city's Northwest Side was hit by thieves overnight Sunday, police said, resulting in the loss of an undisclosed amount of cash.

"This is a wake up call that legal marijuana isn’t all rainbows and unicorns, that these store are detriments to the community and serious consequences often come with them,” said Sabet, who opposed Illinois’ push to legalize pot sales.

Dispensaries across the state have rendered 271,169 transactions since cannabis was legalized on January 1, 2020 – totaling exactly $10,830,667.91 in sales from Wednesday through Sunday.