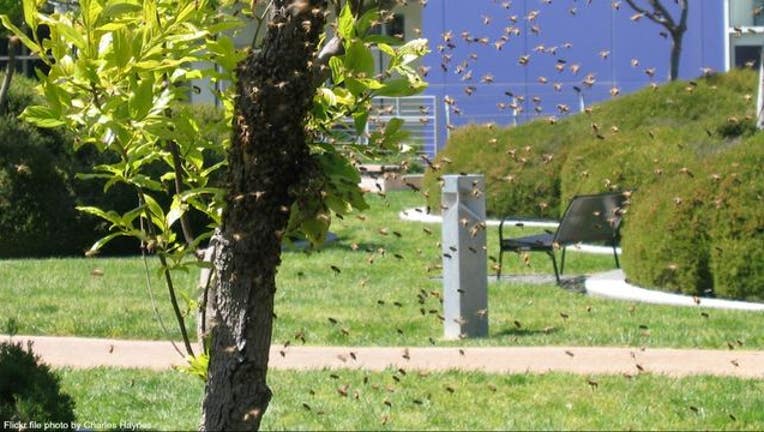 MONTEREY PARK, California (Fox 32 News) - Six people were hospitalized after they were attacked by a swarm of bees in Southern California.

The victims were attacked in the parking lot of a grocery store in in Monterey Park.

Witnesses said there was a "gigantic mob" of bees chasing shoppers around the parking lot.

One firefighter was among those injured.

Everyone is expected to recover.