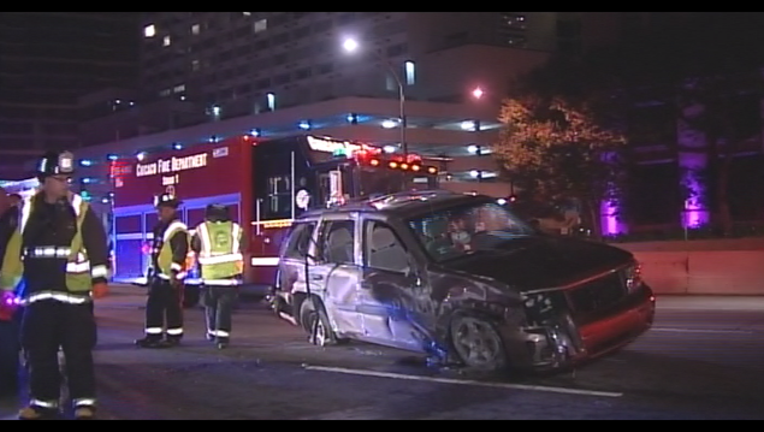 About 3:35 a.m., a vehicle carrying six people struck a wall “at a high rate of speed” in the 600 block of North Lake Shore Drive, according to police and fire department officials.

The ages and genders of the six were not immediately known early Friday.

Three were listed in serious-to-critical condition while the other three were in fair-to-serious condition, according to the fire department. The victims were treated at Northwestern Memorial Hospital, Advocate Illinois Masonic Medical Center and Presence St. Joseph Hospital.