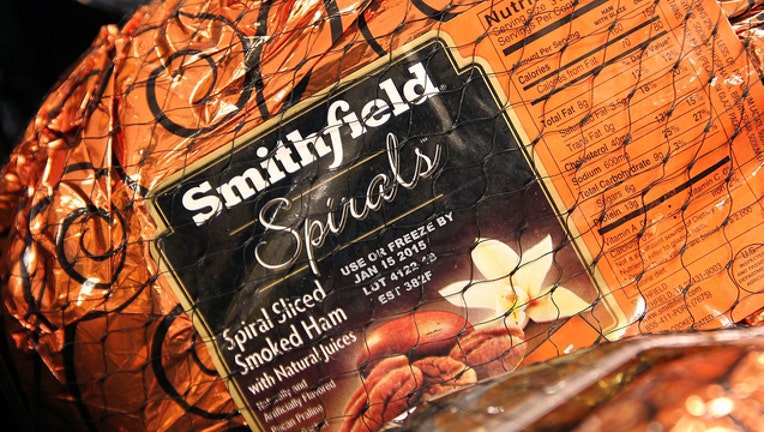 SMITHFIELD, Va. - Smithfield Foods is closing the last smokehouse that creates the genuine Smithfield ham — the signature product of a Virginia town of 8,300 people.

The ham has been an area staple since the English colonists arrived in nearby Jamestown in the early 1600s. Diana Souder, a Smithfield Foods spokeswoman, said the smokehouse had reached the end of its useful life, and that the company has plenty of Smithfield hams stockpiled to satisfy immediate demand.

"We're currently meeting about the future of the smokehouse and I don't have many details to share at this point," Souder wrote in an email to The Washington Post. "Should know more in the coming weeks."

State law requires a Smithfield ham to be cured in the town, sort of like how the French define Champagne and the European Union protects Greek Feta cheese.

"Really? You're going to do this?" was how former Smithfield Foods executive Herb De Groft described the shuttering. "Country meats are what brought this area to the fore in the 1800s. Word was, the Queen of England used to get one Smithfield ham a year."

A Smithfield ham is long-cut, while most country hams are short-cut. They are coated in salt and left to cure for more than a month. They are hung in a smokehouse and smoked for up to a week, and then left to hang and age for six months or more.

The smokehouse is said to be more than 50 years old. Whether the company will build a new smokehouse, seek a change in state law or simply abandon the "genuine Smithfield" name is now a matter of local speculation.