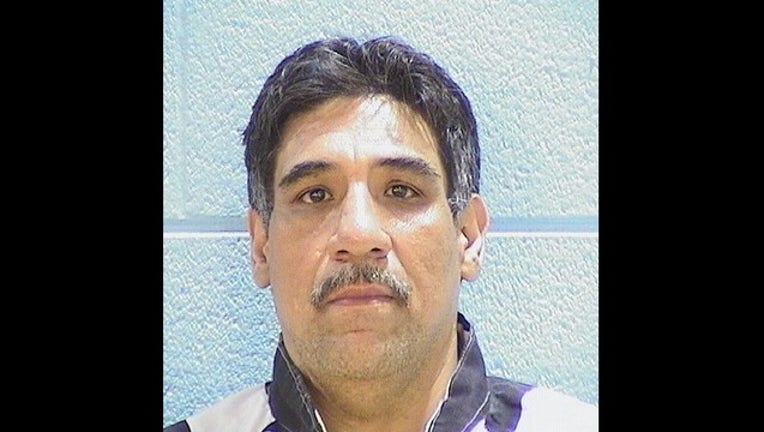 CHICAGO (Sun-Times Media Wire) - A South Side man was sentenced to 24 years in prison last week for beating his sister’s boyfriend to death at a July 4 barbeque nearly three years ago.

Alvaro Elizondo, 48, was convicted of voluntary manslaughter after a three-day jury trial on March 11, according to Cook County court records.

Elizondo beat his sister’s boyfriend, 41-year-old Juan Zavala, to death at a family barbeque in the Back of the Yards neighborhood on July 4, 2013, authorities said at the time.

He came to the family home in the 4400 block of South Wolcott intoxicated and started taunting his mother and sister to call police because they often did when he was drunk, prosecutors said at the time. He called his sister names and charged at her in the front yard.

When Zavala told Elizondo to leave his sister alone, Elizondo punched him in the face, causing Zavala to hit his head on the pavement, prosecutors said. Elizondo then continued to repeatedly punch Zavala in the face.

Zavala died on July 20, 2013, mostly from the injuries he suffered in the July 4 beating, authorities said. He lived with the family in the 4400 block of South Wolcott.

Judge Angela Petrone sentenced Elizondo to 24 years in prison Tuesday, according to court records. He will receive credit for 1,480 days served in the Cook County Jail.

Elizondo previously served seven years in prison after he pleaded guilty to voluntary manslaughter in a 1987 incident in which he punched and stabbed to his victim to death on Christmas Day. He also served a four-year sentence for receiving/possessing/selling a stolen vehicle for a 1991 case.

He was booked into the Stateville Correctional Center to begin serving his sentence Thursday, according to IDOC records.