A veteran Joliet police officer faces a DUI charge after a Sunday crash on Interstate 55 near Plainfield that killed her passenger, a Berwyn police officer.

PLAINFIELD, Ill. - A special prosecutor will handle the case of a suburban Chicago police officer who was involved in a traffic crash in which another police officer riding with her was killed.

Joliet Police Officer Erin Zilka was driving on Interstate 55 early Sunday in Will County when her vehicle slammed into the back of a truck that had been involved in a collision a short time earlier. Her passenger, Berwyn Police Officer Charles Schauer, 33, was pronounced dead at the scene. Both were off-duty at the time of the crash.

After the fatal crash, lllinois State Police initially issued a misdemeanor ticket to Zilka, 35, and recommended she be charged with driving under the influence and for driving too fast for conditions.

The Will County State's Attorney's Office said Monday that those charges have yet to be formally filed, adding that the office is conducting a “thorough investigation."

Citing a potential conflict of interest, State's Attorney Jim Glasgow asked to have his office removed from the case and requested a special prosecutor's appointment. 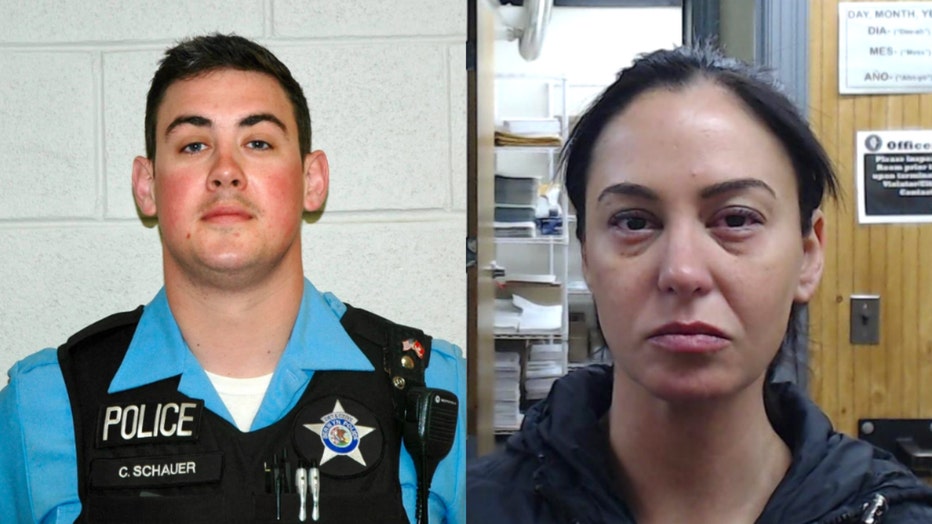 Zilka’s attorney, Jeffrey Tomczak, said Monday that her blood alcohol content was under the legal limit, according to blood tests that were taken within an hour of the crash.

The Joliet Police Department said Monday that it was conducting an internal investigation into Zilka.