CHICAGO - Some artists who make it big can become arrogant, but friends say that wasn’t the case with Squeak, a producer of the Saba-led Chicago hip-hop group Pivot Gang.

When Kierra Wooden, a South Side activist and artist, planned her first show at Pilsen’s now-shuttered La Catrina Café in 2018, she got an unexpected message from Squeak offering to DJ the event for free.

"I was shocked he came to me willing to do that for free," Wooden said. "I was so happy because I’ve been a fan of the Pivot Gang. He was so nice."

Squeak, whose legal name was Javunte Wheeler, and his uncle, 27-year-old Darion Hood, were shot to death Monday in the 5000 block of West St. Paul Avenue.

Squeak’s younger sister Rayvita Pernell told the Chicago Sun-Times that surveillance video from a Ring doorbell shows the men were killed by a passenger in Squeak’s car.

Squeak had driven to his grandmother’s house, then stepped out to talk with his uncle, Pernell said.

The video shows the passenger getting out, shooting both men, getting back in Squeak’s car, and driving off, Pernell said.

"This person was in the car with him and he knew him," Pernell said. "So apparently he trusted him and took him to his grandmother’s home and was talking with him at the trunk of the car and this is what happened." 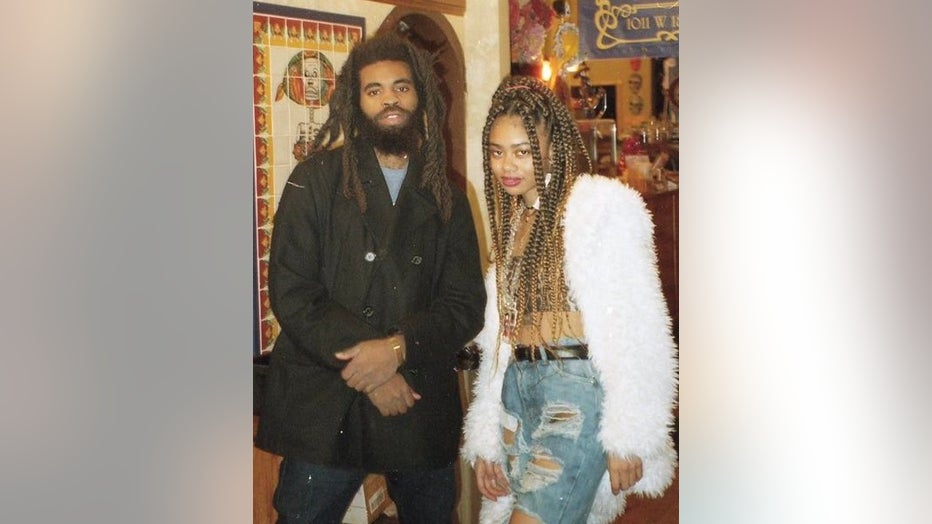 Detectives were reviewing surveillance video related to the shooting, a police spokesperson said, but did not provide additional details Tuesday.

Squeak grew up with seven siblings, and was one of four children adopted by his late mother who gave him his nickname when he was a child, Pernell said.

Squeak had his second child, a boy, in May, his sister said.

"He was a sweet boy. They were all sweet. They were young kids that did kid things. There was nothing about him being on the streets," Pernell said about Squeak and his siblings. "They were never violent. There were, ‘Yes m’am, no ma’m, yes auntie.’ This is how they talked."

Pernell said Squeak got into music "just rapping around the house, playing the music like boys do."

"Then he started traveling, making a little money off it and playing shows," she said.

In 2017, Squeak explained how he got into music in an interview with Elevator Magazine.

"I had just gotten out of high school, and I just started getting in trouble and ended up on house arrest" Squeak said in the interview. His brother, a Pivot Gang member who goes by FRSH Waters, told him to go to the studio and work with Pivot Gang.

Squeak did just that and felt it was a perfect fit. "I always knew I was gonna do something, I just never knew what," Squeak said then.

South Sider DJ Skoli became friends with Squeak after a show in 2016.

"I meet a lot of people in the industry and due to Pivot Gang’s stature, I thought he would be full of himself. I got to know him as a sweet and kind person. He was always willing to work and become a part of the community," Skoli said.

Skoli said he was in shock that Squeak became a victim of gun violence.

"I couldn’t believe that something like this would happen to him," Skoli said. "I started thinking about the city and how many people have passed in similar ways. It’s not normal, the things that happen in our city."

In 2017, Pivot Gang rapper John Walt was stabbed to death during a fight.