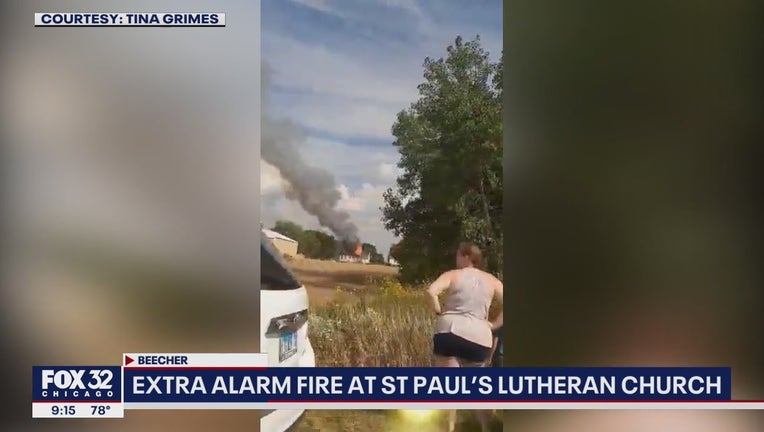 BEECHER, Illinois - A fire ripped through St. Paul Lutheran Church in suburban Beecher on Sunday, and the building is believed to be a total loss.

Firefighters had actually been called to the building to help an ill patient, when someone noticed the flames.

The congregation was holding their annual Oktoberfest in the parking lot when the fire started.

One firefighter was hospitalized for heat exhaustion, and three others were treated on the scene.

A fund has been set up to assist with the loss. Donations can be mailed or dropped off at the First Community Bank & Trust in Beecher and Peotone.

Donations can also be given online through Lutheran Church Charities.