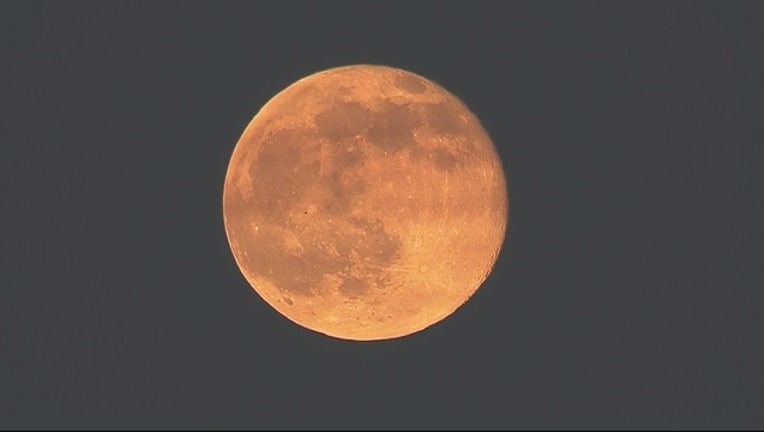 (FoxNews.com) - June's full "Strawberry Moon" is arriving tonight — and it comes with a special treat for stargazers: Saturn will also be at its biggest and brightest.

The ringed planet will be in opposition (opposite the sun), rising high in the sky in the east shortly after sunset. It will continue climbing until midnight, when it will reach its highest point.

"Opposition is a big milestone each year for observing the ringed planet Saturn, or any superior planet (planet orbiting the sun outside Earth’s orbit)," EarthSky.org reports. "When we fly between a superior planet and the sun, the planet is generally closest and brightest for that year."

Not every planet can reach opposition, particularly Mercury and Venus.

Those planets cannot reach opposition "because they are always within Earth's orbit ... [and] remain relatively close to the Sun as seen from Earth," NASA says.

Here's what you need to know as the full moon and Saturn get ready to put on a dazzling display this week.

What is a "Strawberry Moon"?

The Strawberry Moon — also known as the Rose Moon or Honey Moon — was named by Algonquin tribes, who used the full moon as a signal to pick ripe strawberries and other fruit.

"This is an age-old practice, nothing new. Ancient peoples commonly tracked the seasons by following the lunar calendar (versus today’s solar calendar)," The Old Farmer’s Almanac explains in a post online.

When can I see it?

The Strawberry Moon will reach peak fullness on Thursday at 12:53 a.m. ET, according to Time and Leisure. But if you're not awake, don't worry: You can still check it out after the sun sets around 8:05 p.m. ET.

The moon will appear full and bright for about three days this week.

You'll have another opportunity to spot a full moon next month when the Full Buck Moon graces the night sky on July 27.