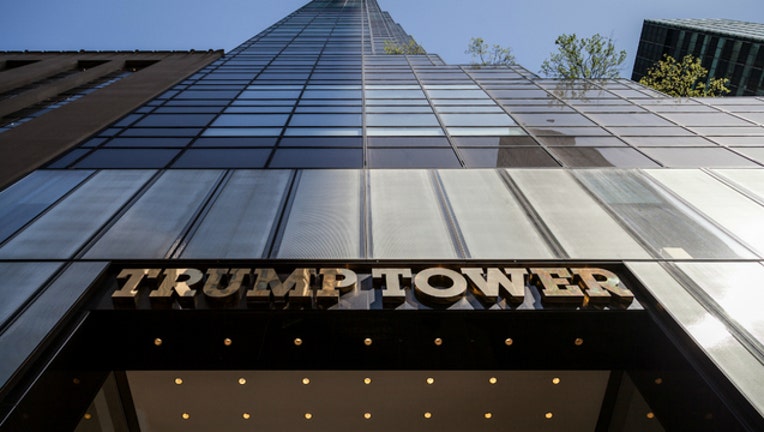 Stephen Davis, the New York Police Department's top spokesman, said the bomb squad gave the "all clear" around 5 p.m. after examining the backpack left near the entrance to Niketown, a store in the building.

President-elect Donald Trump lives in the tower and has his offices there, though he was at his Mar-a-Lago estate in Florida when the bag was discovered.

His newly appointed press secretary, Sean Spicer, Tweeted that officials were "back to work" following the "false alarm."

"It was hysteria," said Andy Martin, a 16-year-old from the New York City suburb of Huntington. "Police were shouting and telling people to leave."

Trump Tower, in addition to being the president-elect's home and business headquarters, contains residences, restaurants, retail stores, and a lobby that by law is open to the public to visitors daily from 8 a.m. to 10 p.m.

Police receive about 42 reports every day of so-called suspicious packages, though that number can surge depending on current events. In the days after a pressure cooker bomb exploded earlier this year in New York City, police responded to more than 800 calls of "suspicious packages."

Maria Beckford, visiting New York from her native London, was in Niketown with her 13-year-old son looking to buy a pair of soccer cleats when she said they were told to urgently leave the store.

"We actually had them in his hands but because of everything we just had to leave," she said.