A New Jersey preteen donates bow ties he handmakes in an effort to help the pet get noticed and find a forever home.

DUPLIN COUNTY, N.C. - One stray dog’s determination to swipe a stuffed unicorn from a North Carolina dollar store turned into the "ultimutt" surprise for the four-legged friend.

According to Duplin County Animal Services, a stray dog named Sisu tried multiple times to take the same stuffed unicorn from a Dollar General store in the county.

In fact, Sisu loved the toy so much that animal control was called on the dog. 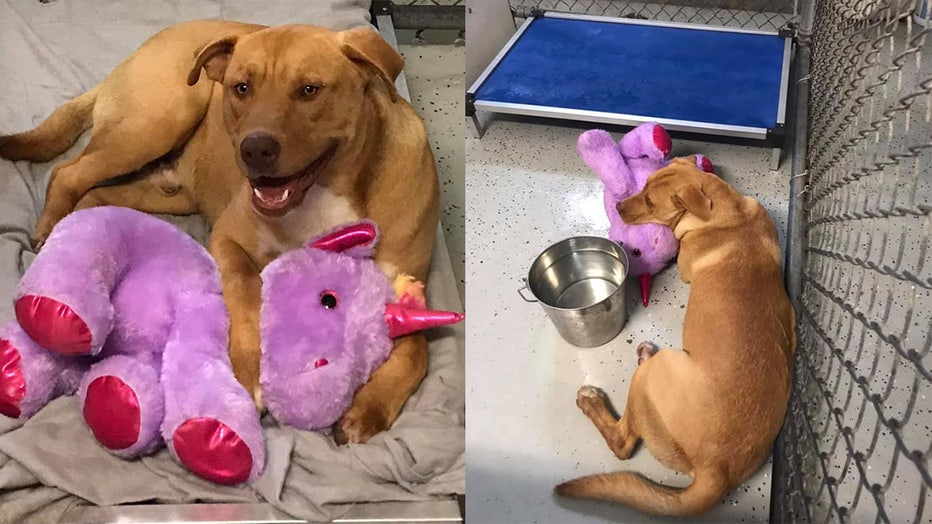 The officer who responded to the call purchased the unicorn for Sisu and made sure he could have it at the shelter.

The county’s animal services posted the news on social media, which has since gone viral and created tons of reaction.

"This is what happens when you break into the dollar general consistently to steal the purple unicorn that you layed claim to but then get animal control called to lock you up for your B & E and larceny but the officer purchases your item for you and brings it in with you," the department wrote on its Facebook page.

Sisu is currently available for adoption and is described as a 1-year-old male who is very obedient with people. He knows how to sit, lay, heel — and loves unicorns from Dollar General.

To give this furry friend (and his toy) his forever home, you must fill out an adoption application and email it to dcanimals@Duplincountync.com.