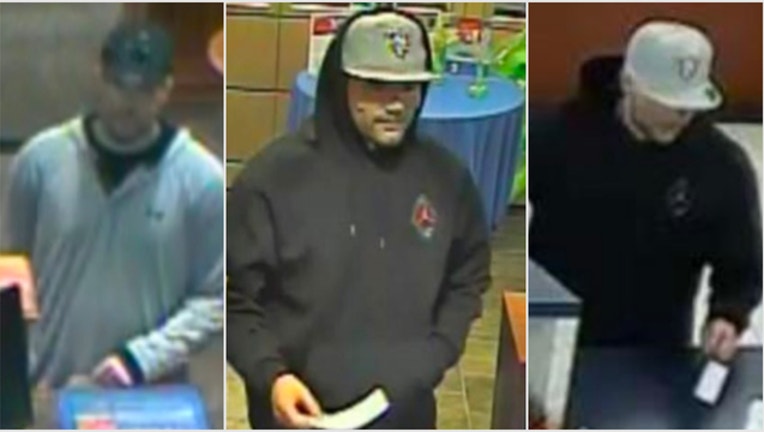 SUN TIMES MEDIA WIRE - A man is wanted by the FBI for committing his third bank robbery this month.

On Monday at 1:17 p.m., the man allegedly robbed a BMO Harris Bank branch, 185 W. Irving Park Rd., in Streamwood, according to the FBI.

The same man is suspected of robbing a Byline Bank branch, 535 Ogden Ave., in Downers Grove, around the same time on June 20, the FBI said.

The man is described as 25 to 35 years old, standing between 5-foot-7 and 6 feet with a medium build and a light complexion. He wore white or gray baggy sweatpants, a dark gray sweatshirt, a black baseball cap and had a Band-Aid on each cheek.