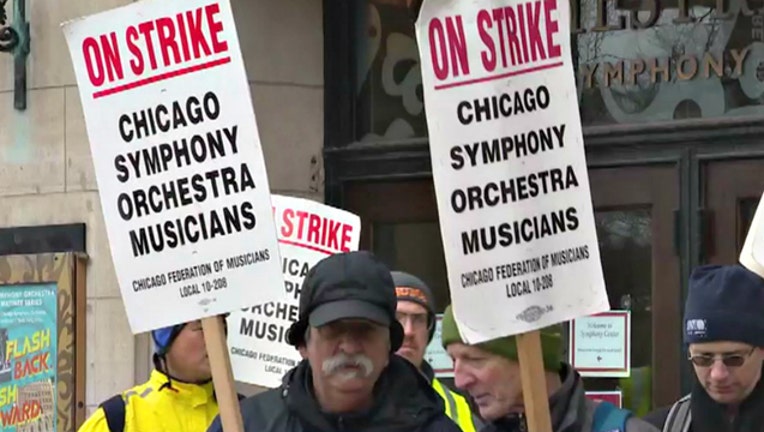 CHICAGO (AP) - Negotiators for the Chicago Symphony Orchestra and musicians have reached an agreement to end a nearly seven-week strike.

A spokesman for the musicians says a ratification vote on the five-year deal will be held Saturday. The board of the Chicago Symphony Orchestra Association also must vote on it.

Neither side publicly disclosed key details ahead of the votes.

About 100 musicians have been on strike since March 11 . The key issues were pensions and wages.

Members of the Chicago Federation of Musicians earlier rejected a contract proposal. Union officials said that offer would have left salaries further behind orchestras in Los Angeles and San Francisco.