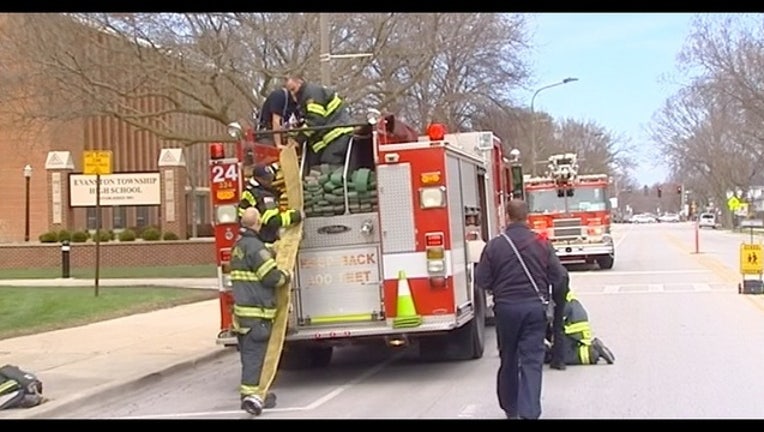 A student is in custody after a locker was set on fire at Evanston Township High School Monday afternoon. | Network Video Productions

EVANSTON (Sun-Times Media Wire) - A student is in custody after a locker was set on fire Monday afternoon at a north suburban high school.

About 12:15 p.m., a boy set an object on fire inside a third-floor hallway locker at Evanston Township High School at 1600 Dodge Ave., Evanston police Cmdr. Joe Dugan said. The blaze then spread to a second locker.

The fire was contained to just the two lockers, but firefighters had ventilate the second and third floor areas and students in the east wing of the  school were relocated to another area, though the school was not evacuated, authorities said.

The school has resumed normal operations, and “no students or staff were in danger at any time,” according to a statement posted to the school’s website.

Police checked the school video system and were able to see a 16-year-old Skokie boy “light a paper object on fire and place it in the locker,” police said.

The juvenile was questioned, and later charged with one felony count of aggravated arson, according to police. He was being held at the Cook County Juvenile Detention Center.