Monday was a somber day at Michele Clark Academic Prep Magnet High School as students remembered one of their peers who was murdered last week.

CHICAGO - Monday was a somber day at Michele Clark Academic Prep Magnet High School as students remembered one of their peers who was murdered last week.

Kierra Moore, 16, was standing with a group of people about 11:30 p.m. last Thursday in the 3100 block of West Polk Street in Lawndale when a drive-by shooter in a black sedan opened fire.

Rev. Ira Acree of Greater St. John Bible Church was at the school Monday to greet students as they walked in to offer support and pray with them. 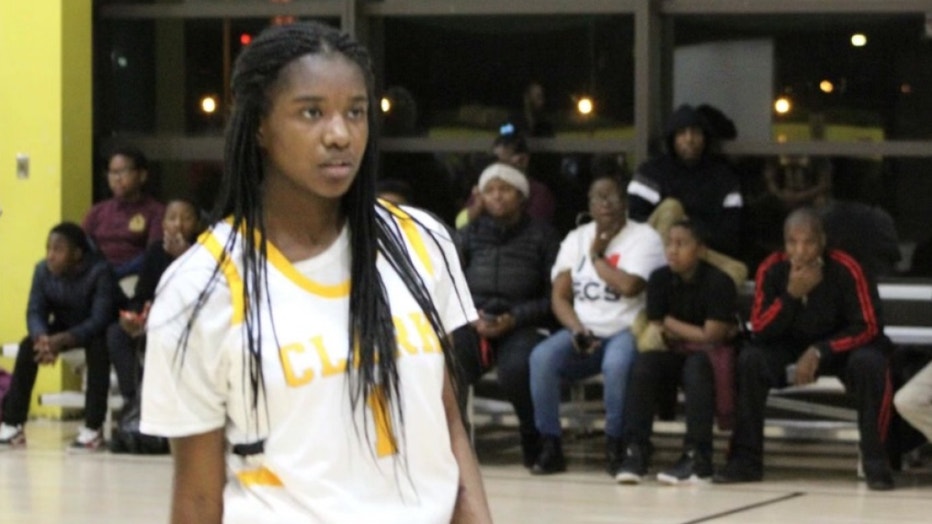 "These kids are devastated and to my surprise, they were so open and willing to pray with us," Acree said. "Many were traumatized. Some were just feeling good to know that somebody cares. And that’s our real message here today. And we know that it's going to take all hands on deck. That's why faith leaders, community leaders and parents were out here at seven o'clock this morning to meet them."

"Listen, we gotta turn this madness around. Chicago, listen, it's a state of emergency. I don't know what the governor is waiting on to declare it. We need help and we need it right away."

Friends and family say Moore was bound for the WNBA and was the captain of the Michele Clark girl's basketball team.

Police have reported no arrests.