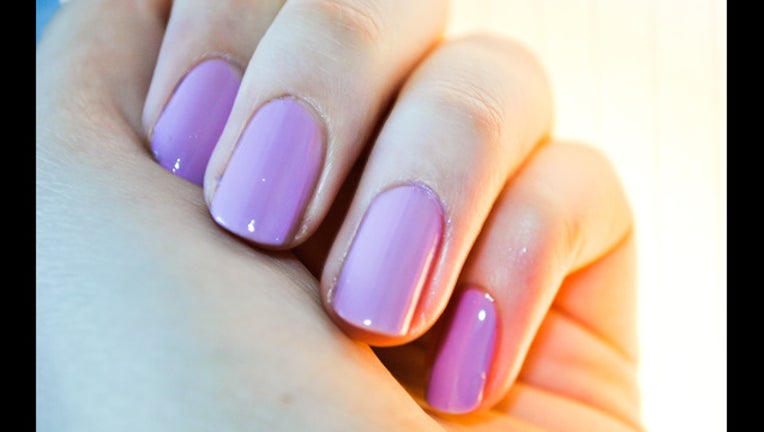 According to a new study from Duke University and the Environmental Working Group (EWG), painting your nails doesn’t just give it a nice coat of color— it also may release an endocrine-disrupting chemical into the body.

The study found that women who painted their nails with nail products including triphenyl phosphate (TPHP) had a metabolite of the chemical in their bodies 10 to 14 hours later. Their levels of diphenyl phosphate (DPHP), which forms when the body metabolizes TPHP, increased by nearly sevenfold, according to a news release.

“It is very troubling that nail polish being marketed to women and teenage girls contains a suspected endocrine disruptor,” study co-author Johanna Congleton, Ph.D., MSPH, a senior scientist at EWG, said in a news release. “It is even more troubling to learn that their bodies absorb this chemical relatively quickly after they apply a coat of polish.”

According to researchers, previous laboratory studies have shown that TPHP exposure causes endocrine disruption and animal studies found the chemical caused reproductive and developmental problems. More recently, a study found that TPHP may contribute to weight gain and obesity.