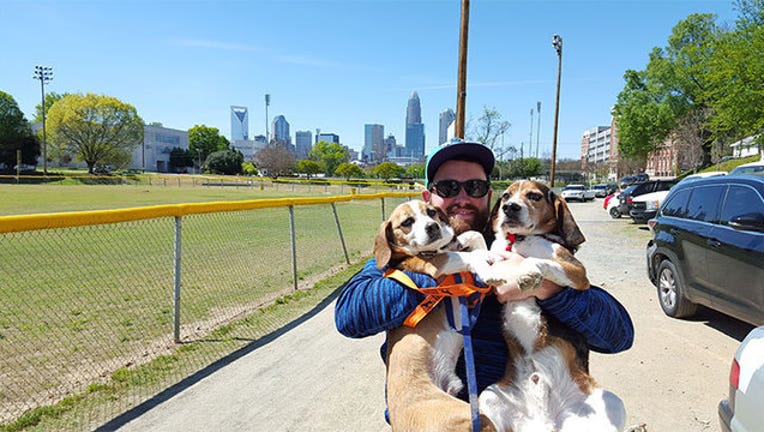 Dogs are designed for swift running, according to Professor Coren. He said in times of stress or threat the first line of defense that a dog uses is not their teeth, but their ability to run away. Behaviorists believe not allowing a dog to do so by immobilizing them with a hug can increase their stress level.

If the dog's anxiety increases it could result in biting.

The most common sign of anxiety in a dog is when they turn their head away or sometimes closing their eyes fully or partially, according to Professor Coren.

Dogs will show a "half-moon eye" or "whale eye" where you can see the white portion of the eyes at the corner or the rim.

Professor Coren said when the dog's ears are lowered or slicked against the side of their head is another sign of anxiety. Lip licking or licking a person's face can also be signs of anxiety as well as yawning or raising one paw.

Professor Coren looked at 250 pictures of people hugging dogs. Each picture received one of the three scores below:

Professor Coren said 10.8% of the dogs were neutral or showed ambiguous responses.

More than four out of five dogs find the human expression of affection to be unpleasant and or/anxiety arousing, according to Professor Coren.