Although the group has targeted a variety of businesses — bodegas, liquor stores and high-end clothing retailers — their methods remained the same: They smashed glass windows or doors with bricks and stole valuables from inside.

"There was a common modus operandi with all the burglaries," an assistant state’s attorney said in court Monday of the latest arrest in the crew, 24-year-old Dion Butts.

Butts, 24, was arrested Sunday in Hillside and charged in seven of the same burglaries as Tacarre Harper, who was accused in February as the ringleader of the crew. Butts allegedly told police that he and his crew have committed 200 burglaries in the Chicago area.

Most of the stolen proceeds in the 10 cases Butts has been charged with came from two burglaries at the high-end Burberry store on the Magnificent Mile on Jan. 4 and Jan. 6, prosecutors said. In both cases, the men allegedly pulled on the door until it opened and then stole clothing and accessories, worth $150,000 total.

Shortly before the second burglary at Burberry, prosecutors said the crew hit two Lake View markets before winding up on Gov. J.B. Pritzker’s block in the Gold Coast, where a private surveillance camera caught them dumping cash registers and other items.

Prosecutors pinned a series of early morning burglaries on Nov. 26 to Butts and the others in his crew. Around 1 a.m. that day, Butts was the getaway driver in a break-in at a GameStop in North Austin, while the other crew members shattered the front window and grabbed games before fleeing in his car, prosecutors said.

An hour later, Butts was a lookout as others broke into two liquor stores and stole booze and a cash register, worth $14,000 total, prosecutors said. After Butts was arrested, he allegedly admitted to taking part in the burglary and pointed to himself in surveillance video. 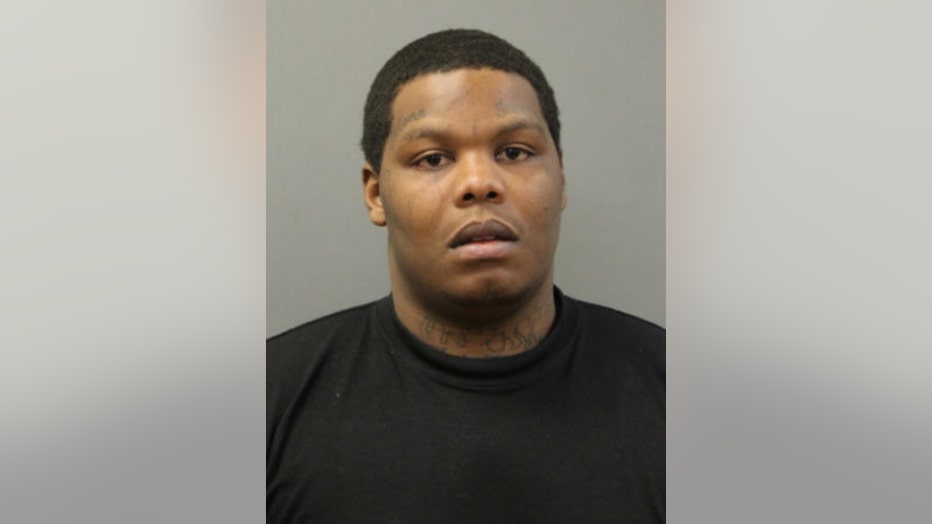 Butts is also accused in other break-ins on the Lower West Side. On Jan. 14, Butts allegedly admitted to breaking into a Pilsen liquor store burglary and stealing around $900.

Butts also allegedly identified himself on surveillance video of a Little Village jewelry store burglary three days later, in which thieves broke through a security gate and took $5,000 in items. The Nissan Rogue they allegedly used in the burglary was later found in Oak Park with some of the stolen items inside, prosecutors said.

In another case, on Feb. 3, Butts threw a brick through the front door of a North Austin grocery store, prosecutors said. Police allegedly identified Butts on surveillance video that shows his tattoos as he grabbed cash registers and merchandise.

Butts is on parole for an aggravated robbery conviction from 2018 for which he was sentenced to six years in prison, prosecutors said. He was also convicted of unauthorized use of a weapon in 2015 and sentenced to a year in prison.

Butts lives with his father in Hillside and has four children ranging from 1 to 8 years old, his attorney said.

Judge Mary Marubio noted that the $190,000 worth of items and cash stolen in the 10 burglaries did not include the property damage to the businesses, or the sense of security to the larger community.

"These cases, in the singular, may not seem that significant to you, Mr. Butts," Marubio said. "But in the aggregate, this causes a sense of insecurity in the city and among shop owners. It is a huge loss to some of these smaller establishments," she said.