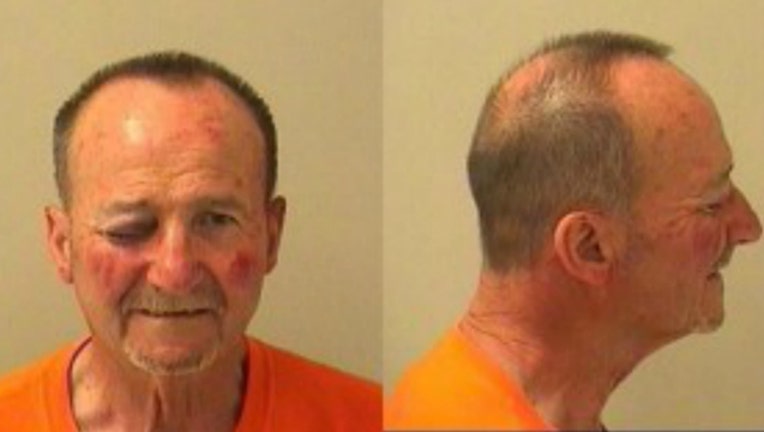 About 9 p.m. Thursday, sheriff’s deputies responded to reports of a hit and run on McGough Road near Middleton Road in unincorporated Burlington Township, the sheriff’s office said. The initial report said a Ford Mustang hit a street sign and left the area.

The Mustang stopped in a parking lot on Route 64 near Peplow Road in Virgil, the sheriff’s office said. A deputy approached the car and started talking to Dolder, who was driving the Mustang. The car suddenly backed up, almost striking the deputy and sped off.

The deputy made chase but stopped his pursuit of the Mustang as it increased its speed, the sheriff’s office said. He eventually located the car in the area, and Dolder allegedly drove into a nearby construction zone after refusing another request to stop.

Dolder allegedly refused commands from deputies to come out of the car when it eventually came to a halt, the sheriff’s office said. He was tased by a deputy and arrested after allegedly resisting their efforts to physically remove him from the Mustang.

Dolder is being held at the Kane County Adult Justice Center on $75,000 bail. His next court date was scheduled for May 31.