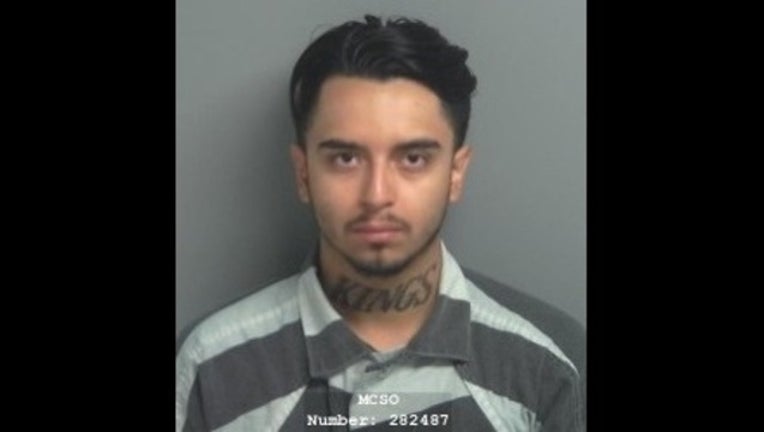 PALATINE, Ill. (Sun-Times Media Wire) - A man arrested in Mexico for a shooting earlier this year in northwest suburban Palatine has been returned to Cook County.

Javier Ponce, 19, was taken into custody by Palatine police Tuesday and formally charged with two counts of attempted murder for the April 28 shooting in the 1900 block of June Lane, according to a statement from Palatine police.

Ponce was ordered held without bail during a hearing Wednesday at the Rolling Meadows courthouse, police said. His next court date was set for Aug. 29.

Mexican authorities arrested him July 20 for violating Mexican immigration laws and deported him back to the U.S., according to police. The U.S. Marshals Service took him into custody once he was back in the country.

Police said the initial shooting happened during a drug deal. A 19-year-old man and 15-year-old boy were standing near the entrance of an apartment about 11:45 p.m. "waiting to complete a drug transaction" when Ponce walked up and fired multiple shots, striking them both, police said. He then ran to a waiting vehicle that was parked in a nearby lot.

Both victims were taken to Lutheran General Hospital in Park Ridge, police said. The 15-year-old was critically hurt and the man was stabilized.